In the fall of 2011, Bryan got his chance to help out; he would begin to practice the most hazardous profession in the world in the most volatile part of the most dangerous country in the world ? Helmand Province, Afghanistan.

by Cory Vaillancourt
View ProfileFacebookTwitterGoogle+RSS Feed
May 27, 2012 at 12:00 AM 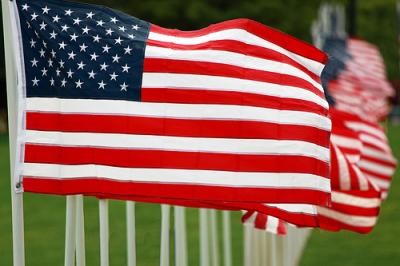 Growing up, Bryan was "100 percent boy. He didn't get into trouble, he was just very active," said Bryan's mother, Donna Aldrich. "Always on the go. He was fun to be with, always joking, making someone laugh."

Although his parents divorced when he was young, Bryan grew up with a loving, supportive family – Dad Rick Bell and stepmom Kim, as well as Mom Donna and stepdad Dave Aldrich. When Bryan was little, he would play "Army" in the woods for hours, then jump in the bathtub with his huge toy aircraft carrier. "It took up half the tub," Donna said. Bryan was also very interested in toy airplanes for a number of years, so it probably wasn't much of a surprise when, early in his senior year at Harbor Creek High School, he decided to enlist in the United States Air Force.

"I remember the day he called me at work with his decision," she said. "We were very proud of him, and what he had become."

Bryan's father, Rick Bell, echoed Bryan's mother's sentiment. "He did consult us, his mom and I, and we counseled him on his selection and how dangerous it was, but we supported his decision."

After graduating from high school in 2006, Bryan went to Lackland Air Force Base in Texas for basic training in 2007, and then to Eglin Air Force Base in Florida for more specialized instruction. Originally, Bryan asked to become an air traffic controller or part of an in-flight refueling crew; instead, he was told he'd be trained as an Explosive Ordinance Disposal Specialist.

According to the Air Force's web page, EOD Specialists "employ tools like C4 and robots as well as classified techniques to dispose of explosives whether they be decommissioned missiles on base or roadside bombs in the field. This is a dangerous job that requires a great deal of knowledge and exacting attention to detail, but it's also an incredibly important job that only the best of the best can accomplish."

Becoming an EOD Specialist wasn't Bryan's first choice, but rather his fifth or sixth. "He knew I wasn't happy with the choice that was given to him, but he was very excited about it," his mother told me. "He grew to love his job. He was very proud of what he did, but humble about it."

At the time Bryan enlisted, the biggest cause of American casualties in Iraq and Afghanistan was improvised explosive devices. "'There was a big problem with IEDs," his father said. "He recognized that as a big problem, and he wanted to help out."

In the fall of 2011, Bryan got his chance to help out; he would begin to practice the most hazardous profession in the world in the most volatile part of the most dangerous country in the world – Helmand Province, Afghanistan.

At 6:35 p.m. on Thursday, Jan. 5, 2012, Donna Aldrich was shopping at K-Mart with her husband Dave. At that very moment, across town, Rick Bell heard a knock on his door.

"My wife looked out and said, 'There are two cars in the driveway,' and I thought, 'That's odd,'" Rick said. He cracked the door open a little bit, just a few inches, and in that cold January darkness, he saw three United States Air Force Lieutenant Colonels standing on his doorstep.

Rick hoped against all odds that the blue-suited harbingers were at the wrong house. He knew, deep down inside, that they were not; he knew that no one else on the block had a child in the United States Air Force.

"Rick called me on my cell phone," Donna said. "He told me I needed to come back home to my house. When we arrived, Rick and the team that was sent to notify us were already at our house."

On Jan. 5, 2012, while in the vicinity of Musa Q'alah, Helmand Province, Afghanistan, Senior Airman Bryan Bell was serving route clearance duty as part of a 21-vehicle convoy. His crew, riding in a state-of-the-art armored vehicle, had just cleared, or "safed," two IEDs. About 400 meters down the road from the last one, there was an unusually large IED buried underground, looming ominously, unbeknownst to anyone.

War is hell. War is unfair.  War kills without discrimination, without justification. Bryan Richard Bell, that little kid from Harborcreek who liked video games and played in a band was now Senior Airman Bryan Bell, Explosive Ordinance Disposal Specialist, and as his vehicle passed over that unusually large IED, it was detonated remotely by a coward hiding behind a wall. It ripped through the armored hull of Senior Airman Bell's vehicle, unfairly, indiscriminately, and unjustifiably, instantly murdering everyone inside.

It is well that war is so terrible – lest we grow too fond of it.

Less than five months after his murder, the terrible pain suffered by Bryan's friends and family has eased slightly, but still endures.

"It is horrible, absolutely horrible," Donna said. "At first we just tried to focus on one minute at a time. You never knew what the next minute was going to hold. Now we have been able to take a day at a time."

"It has had a large impact on my life," said Rick. "It does affect you across the board mentally, physically, and psychologically. It rarely leaves my thoughts."

"I don't know how many more it will take," Donna said. "There have been too many already."