by Cory Vaillancourt
View ProfileFacebookTwitterGoogle+RSS Feed
October 12, 2011 at 9:45 AM 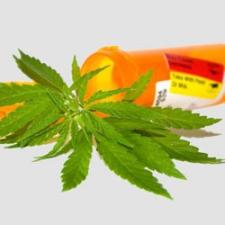 President Barack Obama's position on medical marijuana has been clear for some time now. In the spring of 2007, then-Senator Obama joined then-Senator Hillary Clinton to vote against the so-called ?Coburn Amendment,? a hazy appendix to an unrelated bill that would have threatened medical marijuana dispensaries operating in states where voters had legalized such activity. In the summer of 2007, then-Presidential candidate Barack Obama said, ?I would not have the Justice Department prosecuting and raiding medical marijuana users. It?s not a good use of our resources.?  He maintained this stance throughout his candidacy and election in fall of 2008.

Following through on his promise in fall 2009, President Obama's Justice Department sent out a memo to federal prosecutors telling them they should "not focus federal resources in [their] States on individuals whose actions are in clear and unambiguous compliance with existing state laws providing for the medical use of marijuana." The memo cited the "efficient and rational use" of the U.S. Department of Justice?s ?limited investigative and prosecutorial resources," as a motivating factor in the decision.

Then, in spring 2010, a subtle shift began to occur in the White House Office of National Drug Control Policy. President Obama?s own hand-picked "Drug Czar," former police officer Gil Kerlikowske said, "I believe that science should determine what a medicine is, not popular vote." I'm pretty sure this was a subtle dig at states that have legalized medical marijuana; unfortunately for Kerlikowske, this quote could really go both ways - meaning no state should be allowed to define marijuana as a medicinal product, nor should the federal government be able to define marijuana as a non-medicinal product.

Just a few weeks ago, that subtle shift became a blatant about-face. Federal prosecutors in California, which is the "grandfather" of medical marijuana movement in the United States by virtue of their 1996 legalization, went on a letter-writing spree, threatening the landlords of medical marijuana dispensaries with criminal penalties if they continued to allow their premises to be used in such a manner.

Consequently, many financial institutions now refuse to do business with the medical marijuana industry, with the unintended consequence being that these legally-operated business have not only been blacklisted by the entire financial industry, but also that they will now find it necessary to conduct business solely in cash. Lawmakers are even considering measures preventing dispensaries within 1,000 feet of schools, churches, and public parks, despite the fact that megachain prescription outlets such as CVS, Rite-Aid, and Walgreens are threatened with no such restrictions.

In short, greed-heads and other misinformed, compassionless people are doing everything they can to harass medical marijuana dispensaries out of existence at the insistence, or at least with the acquiescence, of a President who ran on a compassionate platform of tolerance.

What the hell, Barry? Did you think we wouldn't notice? You?ve been sending smoke signals since before you were even President leading us to believe you on this one, and now we find out you've just been blowing smoke up our - well, let's just leave it at "blowing."