Last week he told you he had an idea. This week, Cory Vaillancourt follows through.

by Cory Vaillancourt
View ProfileFacebookTwitterGoogle+RSS Feed
June 8, 2011 at 12:00 AM 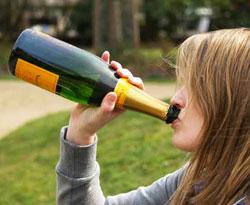 Remember that new idea I told you about last week? Well, here it is.

Don't laugh. I do have a point here.  Stay with me, this is important.  And keep in mind that these are my own views, not necessarily those of the Erie Reader, or its advertisers. So I get all the blame / credit. OK, let's start again.

Let's compare these five cities. Erie has a lot of things that these better-known cities have, and in some cases, more, including a historic theme park, a horse track, a casino, several sports arenas, a waterpark, and a well-defined entertainment district. However, that's about where the similarities end. All enjoy warmer weather than Erie enjoys. All draw more tourists than Erie draws. All host more conventions than Erie hosts.

All are relatively more successful in marketing themselves as a destination, and it's not just because of the climate—each of these cities, including Erie, has three months a year where extreme weather makes daily life an ordeal. Here, it's December, January, and February; there, it's June, July, and August.

Concerted efforts are being made to promote Erie as both a regional tourism destination and a nice place to attend a convention, if such a place to do such a thing does indeed exist; however, I think Erie is still missing that one ingredient, like the B in BLT. While Erie can't do anything about the climate except keep producing carbon emissions in an effort to warm it up a bit, Erie can do something to appear more appetizing to tourists and convention planners—something to set itself apart from the four popular destinations mentioned above.

Wait, I shouldn't have said 'set it apart from,' in the previous paragraph. I should have said 'bring it in line with,' because Erie lacks what I believe to be a critical component of these other cities' success—an open container ordinance.

If you're unfamiliar with the term, let me explain. In all four of those cities, anyone over the age of 21 is free to walk around with an alcoholic beverage as long as it is not in glass. OK, in Vegas you can use glass, but hey, anything goes there. Anything. Anyhow, in each of these cities, a person can meander from restaurant to theater, strolling through the square, window-shopping, gallery-hopping, all while carrying their drink with them. Sounds like a lovely night on State Street in June, doesn't it?

An open container ordinance would, by its sheer novelty in this part of the country, make Erie an instant destination for regional and possibly national travel. A revitalized downtown business district would not only clamor to serve the onslaught of visitors, but would also entice people to move back downtown and live a walking lifestyle, increasing occupancy while decreasing blight and carbon emissions. More residents, more businesses, and more tourists would certainly ease the property tax burden the city faces, making it a more attractive place to live, work, and shop. And, Erie's already demonstrated success with the concept — the downtown block parties and festivals allow for open container privileges several times a year. I'm going to make a completely unsubstantiated generalization here, but I have not heard of any serious criminal activity directly attributable to the open-container policy at these events.

Before anyone thinks this is all puppy-dogs and iced-cream, I know there is always some stick-in-the-mud who will rally forth their minions and rail against progress, so I would be remiss if I did not, at this point, address some of the talking points the opposition will doubtless cobble together to fight this idea.

Lest we forget, one man's prayer is another man's blasphemy, but let me assure you anyway, an open container law does not ensure Erie's transformation into a modern-day Gomorrah. I don't hear many folks complaining about the jobs and tourism generated by the casino, horse track, or the bars and clubs on State Street; nor do I hear any sort of uproar about the "fitness" spas, Powerball, or adult shops, so you can take that argument and file it away with your apocalypse predictions.

We'll be awash in a sea of plastic cups!

Most people in open-container jurisdictions seem to be so enthralled with the idea of reveling in this most unique of freedoms that they are often overly concerned with preserving it by going out of their way to dispose of refuse properly, rather than on, say, the Erie Club's lawn. While I'm certain litter will accumulate on occasion, the solution is simple. Reinvesting some of the excess tax revenue derived from activities related to the open-container policy in policing, streetscaping and sanitation would create more jobs, maintain Erie's well-kept appearance, and draw additional notice from potential visitors.

With enhanced permissions come enhanced obligations. While it is debatable whether an open-container ordinance would result in increasing levels of criminal activity or alcoholism, Erie's permissiveness should not be equated with lawlessness. If anyone commits a crime attributed to the open-container policy, punish them. Punish them severely. Fine the living hell out of them for attempting to strangle our golden goose.

So how would this work in practice? I'm no attorney, so I contacted the Upfront legal department, and got this opinion from Patrick Kelley, who shed some light on the subject for me.

Pennsylvania is one of only seven states with no law against public possession and/or consumption of alcohol by adults of legal age. The City of Erie doesn't have a local ordinance, either, so in theory, it is already acceptable. But before you go sauntering down State Street with drink in hand, heed Kelley's advice.

"Practically speaking, people found to be in possession of open containers on the street or in public places [could be charged with] public drunkenness, even if they were not 'drunk,' or maybe even disorderly conduct."

All that would really be needed to enact an open-container policy is some action on the part of City Council, perhaps clarifying the circumstances under which such arrests could be made. If a majority of council was besieged with calls and letters demanding action, I'm certain we'd get the change we want. So, all you downtown bar owners, liquor distributors, drunken revelers, form your PAC. Religious objectors, nanny-staters, and other sticks in the mud, form yours. Game on.

OK, here's your chance! Let everyone know what you think about this idea. Am I crazy? Way off base? Does this column make me look fat? Should I just stop writing this column altogether? I'm going to be really upset if I don't hear from at least two million of you on this. I may just come to your door and ask you personally if I must. And we don't want that. If you like this idea on paper, like it on Facebook. Tell your friends to like it too. We just might be on to something here.