Upfront: Ruminations on a Fallen Foe

Will certain sobering facts give birth to an "Erie Manifesto?"

by Cory Vaillancourt
View ProfileFacebookTwitterGoogle+RSS Feed
November 14, 2012 at 10:32 AM 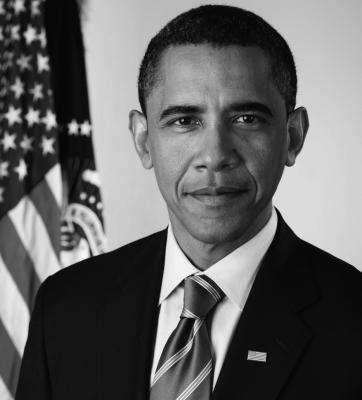 Although it already seems like a lifetime ago, it's been just seven days since the glowing rectangles stopped spewing seemingly ceaseless streams of civic silliness. Seriously. Seven.

There were many interesting stories born on that day, both nationally and locally – one of the biggest obviously being those two millionaires who were competing for the absolute worst job in the world.

As it turns out, Mitt Romney lost that competition, despite prolonged and vociferous assurances by conservative media outlets that he was close, or even ahead in many key states. As a result, I was wrong in my prediction that the White Horse would claim the White House and subsequently usher in the apocalypse; that makes me 5-for-8 in political predictions, and 0-for-3 in apocalypse predictions. Sorry about that.

Anyhow, let's get back to the facts. Lost amongst the Obamamania are a number of pertinent observations I'd like to share with you:

- Republicans failed to unseat the weakest democratic incumbent president since, well, ever;

- Their attempt to reclaim the U.S. Senate resulted in a net loss of two seats – thanks, in no small part, to Todd "legitimate rape" Akin and Richard "rape is a gift from God" Mourdock;

- Republicans saw their majority in the U.S. House of Representatives shrink slightly;

- Pennsylvania Republicans lost all three statewide row offices that were up for election – attorney general, auditor general, and state treasurer;

- Pennsylvania democrats – like Wiley – gained seats in both the State House and State Senate.

All these facts are headache-inducing for Pennsylvania republicans, and to a degree, I sympathize with them. As a former political consultant who has – gasp! – worked for, voted for, and given money to republicans as well as democrats, I've seen both sides of the juggernaut, and I quickly learned that republicans aren't monsters. They love America too – just like democrats do – albeit in a different way, and just because I don't quite find myself on their side of the aisle at these particular space-time coordinates doesn't mean I don't acknowledge their humanity.

Because let's face it – as long as we're all situated in this bizarre love triangle with America, we need each other. Democrats need republicans, just as Joy Division needed Ian Curtis. I've always thought that partisan gridlock is the greatest strength of our two-party system – it protects us from falling prey to the faddishness and folly of rash decision-making.

If any one party were to grow powerful enough to run roughshod over the other, we'd see extremist members of the dominant party easily and hastily assembling their most depraved desires into a new order – a movement of power, corruption, and lies; that technique is something our republic cannot, and must not allow. For a strong America, republicans need a strong Democratic party, and democrats need a strong Republican party.

Now, I'm not saying that democrats are about to run roughshod over republicans by imposing Rick Santorum's worst nightmares upon America's unsuspecting daughters. Indeed, the U.S. House is still under firm republican control, as are the Pennsylvania House and Senate.

However, the republican brand is in serious trouble.

Externally, their oft-sound financial exhortations have been obscured by their morally bankrupt social philosophy – a philosophy much of the nation seems to be rejecting as too conservative.

Internally, libertarians and tea-partiers are also beginning to reject republican status quo as not conservative enough. What's an R to do?

This is a crisis moment for republicans. Their house is divided. Their banner is tattered. Their very identity as a party – nay, their very existence as a party – is in serious doubt from all quarters of this great country.

Karl Rove, affectionately nicknamed "Turd Blossom" by the ever-so-eloquent George W. Bush for his political ability to turn a pile of horseshit into a flower, was the architect of that recent republican status quo.

One doesn't have to like Karl Rove to respect his accomplishments; after all, I despise Brett Favre…and Dave Matthews…and the Mumford Brothers…and…well, anyway, I can be adult enough to admit that they are all masters of their craft and worthy of some level of respect for their successes, no matter how misguided and banjo-laden they may be. Regardless, Rove's relevance is not diminished in the post-Romney/Ryan GOP; he's likely to have a major influence on how the Republican Party crawls out from beneath the wreckage of 2012 and begins to reassemble the pieces in time for 2016.

And the first place he's going to talk about that is right here in Erie.

At 7:30 p.m. on Wednesday, Nov. 14, Karl Rove will be speaking as part of the Jefferson Educational Society's Global Summit IV. Rumor has it the topic of his speech will be the future of the Republican Party.

You should go; then, years from now, while you're smoking pot with your same-sex spouse and laughing about how your double-lung transplant cost just $14 (per lung), all the while feeling somewhat miffed that the government no longer pays much attention to your uterus, you can reminisce about how you were in the room when Rove's "Erie Manifesto," the plan that saved America from itself, was first foisted upon a grateful nation.