... returneth into dust; the dust is earth; of earth we make loam... 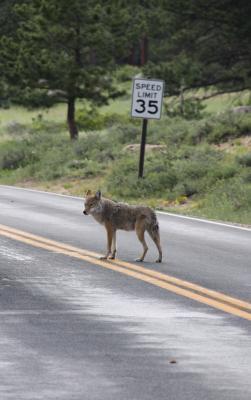 First Clown: …here's a corpse now; this corpse has lain in the earth just a few short days.

HAMLET: Whose was it?

First Clown: A cantina and grill's, it was: whose do you think it was?

HAMLET: Nay, I know not.

First Clown: A pestilence on him for his pork shanks! He poured a flagon of Corona on my head once. This same corpse, sir, was Senor Coyote's, in Modern Tool.

First Clown: Even that.

HAMLET: Let me see. Alas, Senor Coyote! I knew him, Horatio: a fellow of infinite rest, of most egregious fallacy. He hath served me his flan a thousand times. And now how abhorred in my imagination it is! My gorge rises at it. Here sat those beers that I have drank I know not how oft. Where be your beers now? Your burritos? Your flan? Your Buffalo'd chicken wings, that were wont to set the table on a roar? Not one now, to mock your own howling? Quite chap-fallen? Now get you to me a quesadilla, and tell him, let him build it an inch thick, to this table he must come; make him garnish that. Prithee, Horatio, tell me one thing.

HORATIO: What's that, my lord?

HAMLET: Dost thou think Marketplace Grill looked of this fashion in the earth?

HAMLET: And smelt so? Pah!

HORATIO: Even so, my lord.

HAMLET: To what base uses we may return, Horatio! Why did not Coyote face the noble dust of Marketplace, till he found it plugging his beer-tap?

HAMLET: No, faith, not a jot; but to follow him thither with modesty enough, and likelihood to lead it: as thus: Marketplace died, Marketplace was buried, Marketplace returneth into dust; the dust is earth; of earth we make loam; and why of that loam, whereto he was converted, might they not stop a Coyote?

Another restaurant has gone away:

O, Third and State, can you inspire awe,

Instead of surprising us with some fatal flaw!