Upfront: The Redress of Grievances

A long time ago, in a galaxy not so far away... 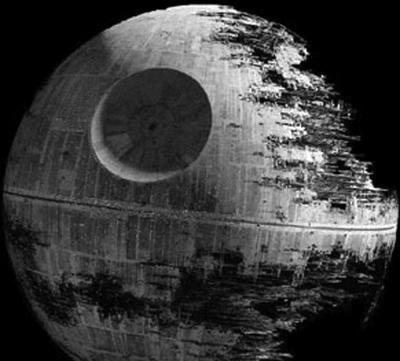 One of the fundamental entitlements guaranteed to Americans in the First Amendment of the Bill of Rights is the right to "petition the Government for a redress of grievances."

The success of our democracy relies on an informed electorate not only voting, but also communicating with our elected leaders to ensure that they, as our representatives, carry out our collective will in the legislature. For more than 2 centuries, this was an onerous process often reserved for the wealthiest, most well-connected members of our society – but no more.

On Sept. 22, 2011, whitehouse.gov launched a new section of its website called "We the People: Your Voice in Government," forever redefining the way Americans communicate with their government in the digital age.

After registering for a free account on the website, users can submit a petition to the administration. Once created, if that petition receives 100,000 signatures, it will be directed to the appropriate policy experts and an official response will be issued.

As you can probably imagine, this avenue for redress has been both enlightening and terrifying, as peering into the true desires of the unwashed masses often is.

While some of the more notable petitions as of late include reducing gun violence, combating online piracy, and reforming the immigration system, there have been some silly ones – like deporting British citizen/gun control advocate Piers Morgan, allowing for the peaceful secession of Texas from the United States, and nationalizing the Twinkie industry to "prevent our nation from losing her sweet creamy center." But if you think those are goofy, a recent submission really takes the cake.

On Nov. 14, 2012, a petition was submitted that demonstrates what Americans really care about, and what they really want from their government.

And what they really want is a Death Star.

For those of you who are unfamiliar with what, exactly, a "Death Star" is, let me tell you – a Death Star is a fictional superweapon that features heavily in the plot of several of the "Star Wars" movies. It's basically a moon-sized space station deployed by Darth Vader's evil Galactic Empire and equipped with a laser beam that is capable of destroying entire planets with a single shot. It hosts a crew of over 250,000 as well as more than 600,000 troops and 7,000 spacecraft, making the Death Star – as noted by Conan Antonio Motti, an admiral serving on it, "the ultimate power in the universe."

Begging to differ was Vader, who remarked that the ability to destroy a planet is insignificant next to the power of the Force.

He then choked out Motti.

Also begging to differ was the Luke Skywalker-led rebellion, who destroyed two consecutive incarnations of the Death Star.

Interpretations of its power aside, a U.S.-made Death Star would allow America to project its military might and international (interplanetary?) policy goals with a heretofore-unseen level of authority, which makes it seem like a no-brainer in this, our age of seemingly perpetual terrestrial (extraterrestrial?) conflict. And – perhaps more practically – the petition was filed under the categories of Defense, Job Creation, and Science and Space Policy.

"Those who sign here petition the United States government to secure funding and resources, and begin construction on a Death Star by 2016. By focusing our defense resources into a space-superiority platform and weapon system such as a Death Star, the government can spur job creation in the fields of construction, engineering, space exploration, and more, and strengthen our national defense."

Not surprisingly, this petition did indeed reach the required signature threshold – hell, I signed it, because I too want a Death Star – and elicited the following response from Paul Shawcross, Chief of the Science and Space Branch at the White House Office of Management and Budget:

"The Administration shares your desire for job creation and a strong national defense, but a Death Star isn't on the horizon. Here are a few reasons:

– We're working hard to reduce the deficit, not expand it.

– The Administration does not support blowing up planets.

– Why would we spend countless taxpayer dollars on a Death Star with a fundamental flaw that can be exploited by a one-man starship?"

The response goes on to point out that "we already have a giant, football field-sized International Space Station in orbit around the Earth that's helping us learn how humans can live and thrive in space for long durations," and that we currently control "two robot science labs – one wielding a laser – roving around Mars, looking at whether life ever existed on the Red Planet."

Now, I don't know about you, but I couldn't care less about all this sciencey space rowe-bit stuff. And, I happen to think that the Administration's position regarding the non-destruction of planets is hypocritical, in light of their willingness to continue destroying ours through fracking.

This spongy response is a classic government dodge by policy wonks lining their pockets with sweet, sweet Twinkie cream, and I, for one, resent it. After all, if the White House simply plans to entertain – but not act upon – such grievances, well, that's just as bad as when only the wealthiest, most well-connected members of our society (like the powerful Twinkie lobbyists) held the power to effect change in their sticky, yellowcake-encrusted hands.

However, I am still aggrieved, and I – along with more than 25,000 logical, intelligent, patriotic, civic-minded Death-Star-loving, Twinkie-loving, planet-exploding 'Muricans – demand redress of aforementioned grievances. I feel like my constitutional right to point slack-jawed at a planet-sized corporeal manifestation of American greatness in the sky has been violated, and just because I'm not a wealthy Twinkie lobbyist doesn't mean that I don't want to one day buy overpriced Chinese-made DVDs of Toby Keith's Death Star gig from Walmart.