Various Artists // Day of the Dead

Celebrating the music of the Grateful Dead, this massive 59-song collection brings together dozens of modern artists.

by Nick Warren
View ProfileTwitterInstagramRSS Feed
June 8, 2016 at 10:45 AM 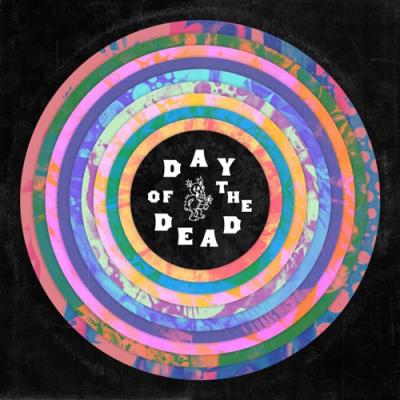 Day of the Dead

Celebrating the music of the Grateful Dead, this massive 59-song collection brings together dozens of modern artists. Aaron and Bryce Dessner of The National helped curate this impressive playlist. All in all, the tracks clock in at around five-and-a-half hours, about the length of a cookin' live show from the band. Most Dead tributes you'd imagine would have a roster that read like the original lineup of Bonnaroo. This one reads like … today's Bonnaroo. There are plenty of highlights, but the mood stays at that steady mellow. Even some of the band's most upbeat tunes ("Til the Morning Comes," "Cumberland Blues,") end up sounding like they've had their levity surgically removed. Some artists are keen to attempt their best Jerry Garcia impression. Top awards for that go to the Tallest Man On Earth, Jim James (of My Morning Jacket), and – surprisingly – Stephen Malkmus. There's so much to choose from in this hippie-meets-hipster deluge. If you pay attention to well-reviewed rock music, and have a soft spot for the Haight-Ashbury days, this is worth a listen. – Nick Warren