Velocity Welcomes Erie to the Fiberhood 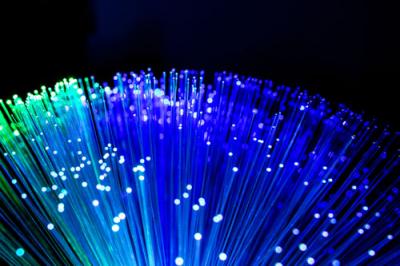 If Erie was holding its breath, waiting for Google to bring it fiber, it can breathe easy now and wait no more.

Erie's own locally-owned and operated Internet Service Provider, Velocity Network, is announcing plans to bring fiber to the home. With all the hubbub around ISP utility classification and the abysmal speeds our country boasts compared to other First World nations, Fiber To The Home initiatives like this are a big deal, a very big deal.

For context, I remember back when I was in grade school and my father switched us from standard 56k dial-up Internet to Velocity DSL, bringing all of the corners of the Internet to my fingertips in ways I'd never experienced before. But the kind of jump we're talking about, from Internet service over cable to the holy land of fiber is of far greater magnitude.

Although known more in the business-sector, Velocity Network is no stranger to residential Internet service.

Matt Wiertel, director of sales and marketing at Velocity, which has been around since 1990, explains that Velocity was one of the first dial-up ISPs in the region, with a total residential clientele of about 15,000 at its peak. The company was also one of the first to offer an affordable rate of $9.95/month when prepaid for a year, compared to AOL's $24.95 monthly charges.

But while Velocity did at one point have a large residential service, the decision was made to transition services to business and away from residential because the viability of DSL seemed fruitless due to its speed caps compared to cable. Since that time, they now operate nearly 400 miles of fiber optic cable throughout the city of Erie, out to Fairview, up to North East, and to the edge of Edinboro, with Wiertel referring to the company as "a regional ISP that continues to reinvest in our community."

However, the cost of deploying fiber has decreased since Velocity began focusing their energy on the business sector, and getting it into our neighborhoods has become a real possibility for them. That "last mile," running the fiber to each individual home, has always been the most expensive piece of a project of this scope. But since they started working on connecting businesses and schools together in 2005, the price has dropped, and they acquired the technology to help make this final gap crossable.

That expansion and growth back into the residential sector is leading Velocity to establish new offices in Millcreek.

"Velocity has submitted an offer to purchase the former Ridgefield School site from the Millcreek Township School District," Wiertel says. "As a Millcreek-based employer and company for more than twenty years, Velocity is excited by the opportunities and potential the Ridgefield property will provide to both Velocity and the Erie region as a whole."

For Velocity to move into the Ridgefield School building, though, the property would need to be re-zoned for commercial use, which is something still in the works.

"We are in that process with the school district and township," Wiertel adds. "The Ridgefield location will enable our company to deliver the next generation of high-speed Internet communications via a new technology facility."

But not being able to operate out of Millcreek would be a major setback.

According to Wiertel, without the ability to expand into a new Millcreek facility, "Velocity's plans to deploy fiber optic service to the Millcreek neighborhoods will be delayed indefinitely."

"We believe our latest conceptual plans for the former Ridgefield site will provide us with the space we require, while at the same time maintaining the park and the greenspace the public has come to know and appreciate," he adds.

The needs for bandwidth are ever-increasing – and not Erie-specific. Between video streaming, cloud applications, and online business, whether it be start-ups or simple file sharing, high-speed Internet is a necessity.

"And in the Erie market for residential services, you essentially have a choice of one," Wiertel says.

It's true. During the DSL days there was competition between Velocity and Verizon, but now, Erie has only one cable provider and that's Time Warner, which doesn't offer fiber to residential customers. With this new speed, there are countless benefits to a burgeoning city like ours, which is also home to multiple universities and higher education facilities, and faces the real problem of brain drain. In short, fiber is a way to help Erie quickly become more attractive, and more innovative.

In most cases, if you've heard about Fiber To The Home, it's mostly likely due to Google rolling out their fiber neighborhoods, or "fiberhoods," in select cities around the country. The first three cities were Austin, Texas, Kansas City, Mo., and Provo, Utah. But the company recently announced it would soon be adding Atlanta, Charlotte, N.C., Nashville, Tenn., and the Raleigh-Durham, N.C. markets.

There are tangible advantages already seen by these cities with the introduction of FTTH. Among the most interesting is the increased property value by $5,000-$6,000 for homes in neighborhoods where fiber is accessible. Additionally, in each city where Google has rolled out fiber, the other ISPs, like Comcast and Time Warner, were forced to compete and begin offering cheaper and faster packages, fighting for market share. Competition is a great thing not only for business but also for consumers.

According to Wiertel, Velocity plans to follow a similar approach to how Google identifies potential neighborhoods in which to begin the roll out, which will be shovel-ready in 2015. Since Velocity already boasts nearly 400 miles of fiber throughout the county, they'll look at areas and neighborhoods that would be the geographically easiest to start the process.

This process typically begins with a petition offering residents the chance to sign up by declaring that if fiber was available to them, they would subscribe to this new service. This speaks loudly to business owners, Internet mega surfers, or those simply looking to be able to use the World Wide Web and all emerging applications in ways few will be fortunate enough to experience.

I have to reiterate, fiber Internet, a gigabyte of data per second, is a big deal. It's akin to when telephone lines first started popping up on city blocks. Looking at the newly selected Google Fiber cities of Raleigh-Durnam and Charlotte, these cities have transformed into the Silicon Valley of the East Coast. Much of the business we see in cities like San Francisco, Austin, and Raleigh are web-based startups that work exclusively on the Internet.

I've said it many times before that Erie has so much potential for becoming the home of more tech savvy or new media companies. FTTH would be an immediate and real draw to tech-based entrepreneurs looking for somewhere to settle, grow, and thrive.  There is an entrepreneurial spirit in Erie, one that generates brilliant, energetic, and eager young entrepreneurs.

Erie has affordable housing and great events, and is nestled in-between larger cities that are a quick drive away. To keep pace with our Rust Belt brethren, attracting new businesses must be a priority. Velocity's offer of fiber is one of the quickest ways to do that, because high-speed fiber Internet entices not only smaller startup businesses, but big, exciting businesses, and Velocity has made its name by providing large scale enterprises with this speed for years – a speed that can now be used by everyone.

In short, Erie can put a fine feather in its cap for being the first gigabyte fiber city in Pennsylvania – and in this region. And not only that, it will have been done by a company that lives in our community and is looking to help our community grow, which is something serious to consider, as most major ISPs operate across state borders and aren't tuned into the specific needs of a community, because, well, they simply aren't there. Velocity, on the other hand, has been in Erie for 25 years.