Freedom's just another word for nothing left to lose, according to Kris Kristofferson. So what does Mercyhurst University still have left to lose? 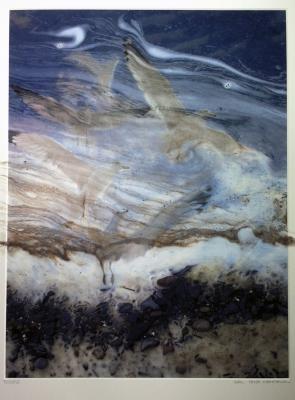 Universities have long been the bulwarks of liberty. Freedoms of thought and of expression, as well as academic and artistic freedoms, are celebrated as university heritage. So it seems fitting for Mercyhurst University to select "freedom" as the theme of this academic year – her first year as a university – were it not for the irony that if there was anyplace lacking these liberties in the past it was Mercyhurst College.

While Mercyhurst has some fine instructors—brilliant even—who practice true academic freedom, there have been all too many instructors, and even departments, which do not. Students in Anthropology/Archeology, for example, have been denied the freedom of speech to write a term-end critique of class and instructors because their instructors "don't believe in it," though students in all other departments are mandated to do so whether the faculty like it or not.

Horror stories have proliferated over the years, such as the religion professor who lowers a student's grade if the student dares to disagree with her or will attempt termination if an employee does so, irrespective of the dissenter's supportive evidence and alleged freedom of expression. There was a literature professor who would categorically forbid his students to use some standard English forms in papers, citing them as sexist, if, for example, referring to a group of people in general in the masculine, as many languages do, or the adding of feminine endings, such as "ess" to form such words as poetess, prophetess, or goddess. Or, the art professor who, if a painting was not to his liking, would throw the wet canvas face-down on the floor and demand the student start over.

Not being in the place in life where I suffer bullies gladly, I'd say to the first instructor: "It is about time that someone 'challenge all your assumptions.'" To the second: "'Language does what it does, because it does it;' get over it." And to the latter: "It would be a flip of the coin as to whether I'd call the police and have you arrested for vandalism and destruction of property or haul you before the dean and president to explain why you are so insecure in your art and teaching that you resort to such draconian tactics."

Walt Whitman once admonished: "Reexamine everything you learned in school and reject whatever insults your soul." It's a shame, however, that one has to wait until after graduation to do so.

But one would hope better for Mercyhurst University, since the call to artists for the Freedom Show says the exhibition is about "freedom—academic, political, economic, social, historical, religious, philosophical, and of course—artistic." However it also contains the clause: "Mercyhurst University reserves the right to not exhibit inappropriate work."

In plain terms, this Freedom Show has work vaguely defined as "inappropriate" for adult university students censored. And even if they hung everything received, by the artist's conformance to the clause under threat of exclusion, the show is censored. This begs the question: "How is exposure to any line of thought or expression inappropriate for a university student?" And isn't it just a little insulting to be on the list specifically invited to exhibit with the expectation that you might also bring something inappropriate?

This show is an invitational, meaning that a gallery director or committee had a short list of artists of the caliber that they wished to have represented. It is also a theme show, which in general is unpopular with artists because they have to come up with an idea to fit the specific guidelines of the exhibition; and in this case, all new work was requested, which isn't as easy as it may sound. And depending on the theme, the artist may be concerned that the created piece may be so specific to the theme that it can't be easily shown again.

While I suspect that the show would have been stronger if unrestricted, rally to the theme artists did, and the results are as varied as the theme suggests it might be.

An obvious solution to the theme is a political statement either extolling society's benefits or criticizing its shortcomings. And as one might expect, there is no shortage of flag references. One such, which is also my favorite piece in the show is Art Becker's "I Miss You," featuring gloved hands folding a flag—the rich colors of which become abstract shapes while the poignant message never gets lost. As with this photo, there are a number of war references, such as Ehren Knapp's "Late June '44." It seems rather odd to speak of a painting of an aerial strike as being a small, almost miniature, jewel of a painting, yet that is what it is.

Freedom conjures up images of wild animals to some, particularly birds, such as Frank Fecko's "Free-for-All," an overall pattern of abstracted un-caged birds. They have a quality reminiscent of clay tiles, which I wish they were as these are made of brown cardboard, pure acid that will self-destruct sooner rather than later.

Freedom and music are a natural paring, and one artist making this connection is Evan Everhart, whose "High Note" is a table and stools fabrication evoking a gathering around a piano.

Then there is Mary Rosiak's foray into religious freedom, Gary Cardot's exploration of the sexual freedom of the "Two Spirit Movement," and Daniel Neibauer's miniature freedom of self-expression, which will not be truly complete without a lady in evening dress out "Painting the Town."

Hope springs eternal; so here's hoping that these and other expressions of freedom actually allows Mercyhurst to throw off the shackles of academic tyranny so prevalent in her past to flourish in academic freedom and integrity. That being said, the best predictor of the future is the past.

This exhibition runs from November 5 to December 2, with the artist reception on November 29 from 7 to 9 p.m. at the Cummings Gallery of Mercyhurst University, lobby of the Mary D'Angelo Performing Arts Center, 501 E. 38 St. Gallery hours: Monday through Friday, 9 a.m. to 4 p.m.; Saturday and Sunday 2 to 5 p.m.