Like Moths to Flames highlights a night of heavy metal at Basement Transmissions, and is bringing with them a whole bill of out-of-town artists. 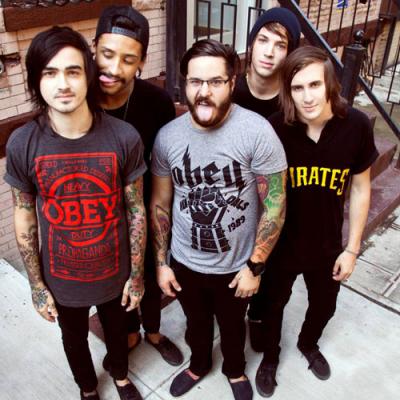 Bearded Baby Productions is hosting a night of nothing but heavy metal at Basement Transmissions, Thursday, July 23.

Warped Tour veterans from Columbus, Ohio, Like Moths to Flames, are headlining the event.  The band has been at the forefront of the metalcore scene since their debut in 2010, and is now working on its fourth studio album, after releasing the single "Bury Your Pain" in April.

If there's an unwritten law that shows at Basement Transmissions must feature a local band or artist, this show would be the rare exception to that rule.  Every band on the bill is from out of state. The Plot in You (Finlay, Ohio), Bermuda (Ventura County, Calif.), Myka Relocate (Houston), Yüth Forever (Chicago), The Funeral Portrait (Atlanta), and The Prestige (Montreal), are all coming to show Erie what metal is like in their neck of the woods. – Tom Shannon