Development could be coming more easily to a protected stream near you! 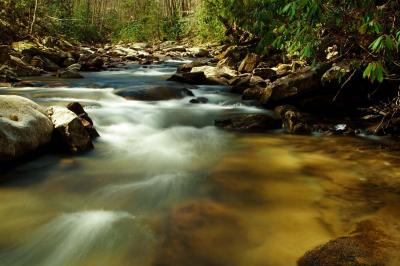 While most of us were paying little, if no, attention, the PA General Assembly, on October 14, passed House Bill 1565, an amendment to the Clean Streams Law (of 1937) which removes the mandate to maintain a 150-foot buffer zone for any new development requiring a National Pollution Discharge Elimination System (NPDES) permit near streams designated by the Pennsylvania Department of Environmental Protection as "High Quality" or "Exceptional Value."

The amendment waters down the PA Code regarding these protected streams making the maintenance of a riparian buffer just one of several options the developer may choose. Other options include "replacing" the buffer zone they are destroying by installing one somewhere else on the same watercourse. Read the entire bill here.

The bill was presented to Governor Tom Corbett on October 16.

What doesn't make sense to this writer is the fact that the original law -- the mandated 150-foot buffer – only applied to those limited, protected watersheds that required the special NPDES permit, and that PA DEP regulations allow for a long list of exceptions to the buffer requirement.  Waivers to the rule are available, too, and in testimony to the House Environmental Resources and Energy Committee, Deputy Secretary for Water Management, Kelly Heffner reported that no waiver requests have ever been denied. So why change the law?

Supporters argue that this gives design engineers more "flexibility" in how they choose to execute their development, meaning they think they know best how to protect stream banks, and the government and people don't really need to oversee their work. They even argue that this will improve and safeguard water quality.

Groups in support of the bill included primarily Builders' Associations and some landowner groups. Those against the bill included Trout Unlimited, Pennsylvania Environmental Council of PA, and the PA Fish and Boat Commission. They argue, as do I, that with all the exceptions and waivers currently available, there is no need to further weaken the standing mandate.

Erie County legislators for the most part voted along party lines with the House Republicans Greg Lucas, Curt Sonney, and Senate Republican Robert Robbins all voting for the measure. House Democrats Pat Harkins, Flo Fabrizio and Senator Sean Wiley all voted against it. Ryan Bizzarro was the only Democrat in the House to vote in favor of the measure. In Crawford County, House Republicans Brad Roae and Michele Brooks voted in favor. (Rep. Lucas and Sen. Robbins also cover part of Crawford County.) If you would like to know who your legislator is go here.

This is now on the governor's desk. Let him know what you think about it.