A night of new music 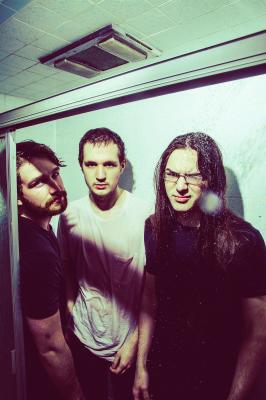 The Standby sure have been getting a lot of attention lately, and you can see why firsthand as they celebrate the release of their new EP, Over, Under, at The Ballet Haus. The release is preceded by two new singles — "Constant Nausea" and "Drawing Out the Hurt" — the latter having arrived with a dreamy and visceral music video that was premiered in part by Alternative Press. Erie's alt-emo pioneers are headed towards great things, and there's never been a better time to catch them in their element.

Joining The Standby are Rochester, N.Y. punks The Joke's On Us, alongside local noisy alt-rockers The Finer Things Club and Pittsburgh's Dive. In addition to the musical performances, vendors attending will include clothing merchandiser Melancholy_* and The Big Cheese food truck. At the time of writing, this is scheduled to be one of the final three shows to be featured at The Ballet Haus, so your support of the associated bands and vendors goes a long way. — Aaron Mook