Fracking in the Lake Erie watershed. 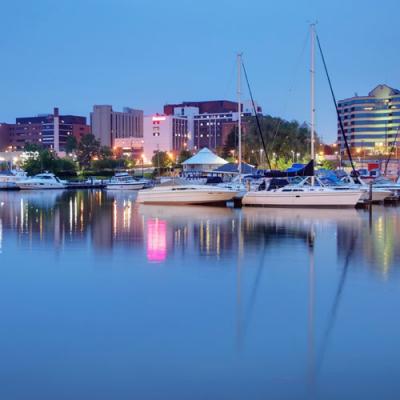 In a State Senate hearing held in Erie in May, and in an Erie Reader column, Sen. Sean Wiley called for a moratorium on hydraulic fracturing (fracking) in Pennsylvania's Lake Erie watershed. Sen. Wiley's moratorium deserves our applause and support.

Our part of the Lake Erie watershed has largely unspoiled natural beauty, high quality water in many of its streams and creeks, and extensive wildlife that its lands and waters support: fish, fowl, and mammalian. This environment is a critical part of the quality of life for residents in the region. We enjoy these unique natural resources by boating, fishing, and swimming in the watershed's waters – as well as hunting and watching the wildlife they attract.

They also draw substantial numbers of visitors and tourist dollars to northwestern Pennsylvania. Presque Isle is Pennsylvania's most visited state park, attracting 4 million visitors in 2015. The Great Lakes Commission reports that the Lake Erie coastal region's harbors and marinas support a $71 million annual recreational boating industry. The region's growing steelhead fishery attracts over 200,000 angler trips to the region each year; collectively these anglers spend $10 million in the area and engage in $6 million in value-added activity in Erie County. This and several other key fisheries focus on the county's many streams draining into Lake Erie.

Our region's quality of life and water-oriented tourism – and the natural environment that supports them – are threatened by fracking for natural gas, which poses unacceptable risks to public health and the environment in the Lake Erie watershed.

But the region's quality of life and water-oriented tourism – and the natural environment that supports them – are threatened by fracking for natural gas, which poses unacceptable risks to public health and the environment in the Lake Erie watershed.

Fracking uses enormous amounts of water.  Frackers currently obtain water by withdrawing it from surface water – the cheapest and easiest source – or from ground water.

To place this water use in perspective, State College, with a population 67,000, uses 5 million gallons daily. So one frack of one well uses about the same amount of water as that town does in one day.

Because all the streams and creeks in Pennsylvania's portion of the Lake Erie watershed are shallow, significant water withdrawals to support fracking – whether from surface or ground water – will reduce stream flows. In the warmer months, lower stream flows will result in higher water temperatures and this will negatively impact stream wildlife, especially cold water fish species.

Other stream impacts are low stream flows during spawning season and sedimentation due to runoff from the construction of well pads and access roads. Heavy sedimentation will change stream habitat and impact aquatic life; for example, by burying fish gravel spawning beds in mud.

More significant are the risks posed by frack fluid employed to make frack water flow more easily. Most frack fluids contain toxins and carcinogens such as benzene and toluene, and approximately 40 to 50 percent of the fracking water contaminated by these chemicals stays in the ground. The rest flows back out with the natural gas. This flow-back water is also contaminated by materials in the rock formations through which it flows – heavy metals, some of which are radioactive, such as strontium, barium, and radium – and heavy concentrations of salts. If it were not exempted from the Clean Water and the Resource Conservation and Recovery Acts, this flow-back water would be legally categorized as toxic waste.

Fracking, unfortunately, has led to the contamination of surface and ground water, including water wells and aquifers with methane, carcinogens, and toxins, among others. Hydraulic fracturing, therefore, poses significant public health risks through the pollution of drinking water by toxins and carcinogens in the frack fluid, and those chemicals, plus heavy metals and salts, in the flow-back water. This contamination also threatens the water quality of streams and creeks, and the wildlife and fisheries dependent upon them.

Further, these pollutants and the sediments released by clearing foliage and construction of fracking-related infrastructure will flow downstream into Lake Erie. This will further damage the Lake's waters which are already suffering from expanding toxic algal blooms and a dead zone so oxygen-deprived that it does not support most aquatic life.

Sen. Wiley's proposed moratorium seeks to head off the threats posed by fracking and protect the region's water quality, environment – and hundreds of businesses and thousands of jobs based upon them – along with our public health and quality of life. For these reasons, the Pennsylvania Chapter of the Sierra Club supports the Senator's moratorium on fracking in the Lake Erie watershed.

John Rossi is the Conservation Chair of the Lake Erie Group of the Pennsylvania Chapter of the Sierra Club. He fishes and kayaks in Lake Erie and its watershed. He can be reached at jpr2@psu.edu.