Wave Trails Makes Moves Down Under

Prep for a frenetic, rowdy, and of course, very loud live show

by Hannah McDonald
View ProfileLinkedInRSS Feed
December 19, 2018 at 11:30 AM 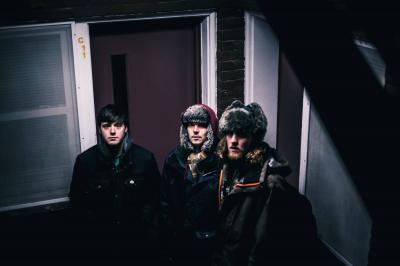 Wave Trails are playing their first gig in Erie since their move to Pittsburgh five months ago. The band, a local favorite prized by most indie rock-loving local concertgoers, puts on a frenetic, rowdy, and of course, very loud live show. On behalf of the psych-rock group, which consists of Cameron Fish, and brothers Ben and Zach Hyman, Fish shared their excitement for the King's Rook show. He said, "A lot has changed [since the move] and we're more of a band now than we've ever been."

This isn't the first time Wave Trails and Mires have taken the same stage. "We've played with Mires twice now. Our last downstairs show was with them," Fish said. "This will be our first time with Black Moon Mistress."

"We're thankful to be playing with these bands on the downstairs stage," Fish said. "It's not often that you can go there and not hear jam bands. I know they're working to change that and we're happy to be a part of it." — Hannah McDonald