You're Welcome, finds the Wavves getting particularly weird for a band known for being historically weird. 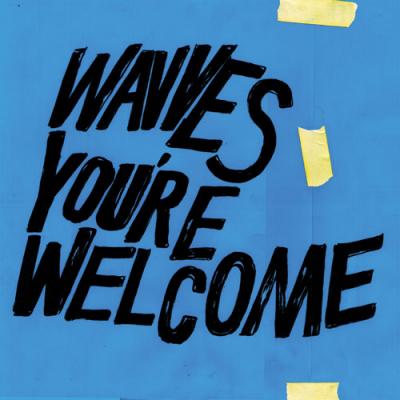 Somewhat surprisingly, Wavves have been around for almost a decade now, which seems like an eternity for a band that stakes their claim on being eternally youthful. Additionally, over the span of six albums, they have changed very little (even on their aggressive Warner Brothers one-off, V), serving up snotty slacker-punk and surf-rock anchored by Nathan Williams' grimy hooks. They are, in a phrase, grunge enough for the grunge kids, indie enough for the indie kids. But Wavves's new album, You're Welcome, finds the band getting particularly weird for a band known for being historically weird. The riffs are cleaner, sometimes looped, and songs like the album's title track are notably slower and spacier than anything the band has written before. You're Welcome may very well be the most "out-there" album Wavves has released, providing a clean slate for the band to experiment with a number of (mostly successful) sounds and structures. And still, Williams is at his absolute best when he straightforwardly exclaims, "A million stars light up my face when you look at me."