We Live in a Society: Joker is Carried by its Lead Performance

Although the film is muddled and occasionally stupid, it had the greatest working actor to keep it afloat 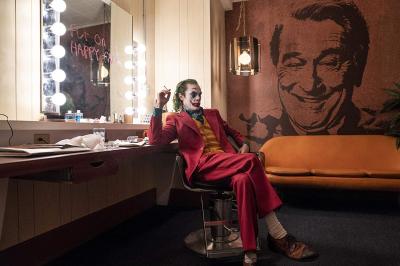 There are few things that make my eyes roll faster than the "realistic superhero movie" — movies about guys in spandex punching cartoon monsters are something that cannot be taken seriously by their very nature. With that said, I was intrigued by Todd Phillips' (the Hangover trilogy) take on the Joker. It could be an interesting study on how this mysterious villain has become such an icon to lonely and confused young men. Unfortunately, the film is often muddled and occasionally stupid — however, it was lucky enough to have possibly the greatest working actor onboard holding it all together.

Joaquin Phoenix is Arthur Fleck, a struggling stand-up comic who is constantly beaten down by life in an uncaring, unfeeling world. The stress of caring for his ailing mother (Frances Conroy) and a series of increasingly unfortunate events push Arthur further into madness until he lashes out in violent and tragic ways.

Clearly inspired by both The King of Comedy and Taxi Driver (with DeNiro even appearing in the film), the film tries to make a statement about how the greed and harshness of the modern world draw disturbed people into a kind of isolated narcissism and the violence that could result. However, the director lacks the conviction to take that message all the way and instead settles on comic book silliness. It's difficult to make any kind of real-world statement about the monsters society creates in a fantastical world like Gotham City and Phillips isn't talented enough to do the job. Thankfully, Phoenix's amazing performance elevates the story. But without him, Joker would be less a Scorsese homage and closer to a Suicide Squad prequel. — Forest Taylor