We Were Sharks at Ballet Haus 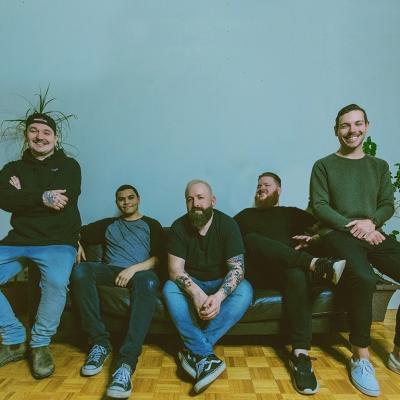 The weather is heating up and The Ballet Haus is too. The Andromeda Agency is rolling out a hot show July 11th featuring We Were Sharks with support from Summer Wars, Real Fake Doors, and One Wing.

We Were Sharks is an Ottawa-based pop-punk five-piece. Formed in 2011, the band combines hard-hitting guitar riffs with passionate vocals in their music, as exemplified by their hit song "Hotel Beds," released on Victory Records. "Hotel Beds" isn't the band's only hit; their Spotify page showcases multiple singles which collectively have gathered over 2 million streams. When they aren't in the studio, We Were Sharks is hitting the highway, bringing their sound to fans near and far. In the past, the quintet has shared the stage with some pop-punk heavyweights in State Champs and The Wonder Years.

Currently touring with We Were Sharks is Summer Wars. This North Carolina-based band pulls their influence from bands such as The Story So Far, The Wonder Years, and Blink 182. They have gotten praise from multiple print outlets, most notably Rock Sound Magazine and Alternative Press. In 2012 they were featured in Alternative Press' "Bands You Need to Know."

Erie's Real Fake Doors are making their presence known in the local music scene. In the past, they have played sold-out shows and have supported some big name bands; most recently the UK band Trashboat. Real Fake Doors' high-energy style makes them a great addition to an already impressive lineup.

One Wing is a hometown alternative rock band whose sound is inspired by acts such as Flyleaf and Paramore. Over the past couple months, they have helped support bands such as Hang Tight and Youth Fountain. Not only does this gig have some pretty hot bands, there will also be hot waffles provided once again from A Waffle Miracle. Local alternative clothing brand Melancholy will also be selling their one-of-a-kind merch at the event. — Dylan Tutmaher