Weekend All Things Erie: Christine Olivier and the Art of Programming 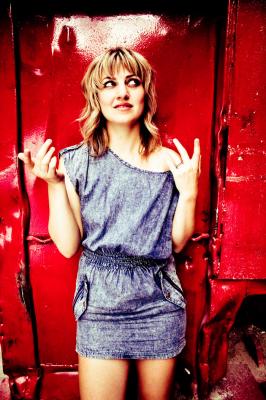 Spoiler alert: I get pretty geeked out during the latest episode of my community affairs-based radio program Weekend All Things Erie on WQLN.

First, I'm always excited to see young, talented people in leadership roles -- like Christine Olivier, who's the new programming director at the Mercyhurst Institute for Arts and Culture.

Second, I monopolized a bit of the conversation talking about Anais Mitchell, Ben Sollee, and Jose James -- NPR darlings and indie musicians with diverse talents getting national hype and acclaim, who I happen to think really rock and are really great gets for Erie.

As in, they're coming to Erie. To play here. In front of us.

I could drone on for days talking about them -- as well as the other acts Christine has lined up, like the official Blues Brothers Revue and a live-action graphic novel -- but I'll let the episode here do the talking for me, because Christine was a great interview, providing insightful comments and remarks on the growth happening at MIAC, the art of programming, and one very, very, very, very big harp that will be strung in the Mary D'Angelo auditorium.

For printed word stuff, Ben Speggen can be contacted at bSpeggen@ErieReader.com. For spoken words over radio airwaves, he can be reached at Ben@WQLN.org. To deliver messages in the form of 140 characters via birds, follow him on Twiter @ERBenSpeggen.