Natalie Mering, the central force of Weyes Blood, has a truly remarkable voice.

by Nick Warren
View ProfileTwitterInstagramRSS Feed
November 23, 2016 at 10:45 AM 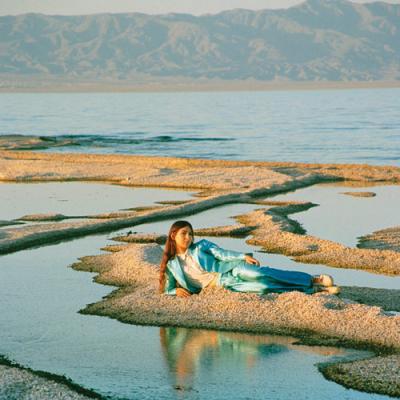 Have you ever wished that Joni Mitchell sang for the Zombies? If so, this just might be the album for you. It begins like a vocal recital. Bathed in the echo of an empty concert hall, a simple piano arpeggio repeats, as Natalie Mering comes in. Mering, the central force of Weyes Blood, has a truly remarkable voice, her rich alto both breathy and strong, not unlike that of Florence Welch. The dark, dusty sounds of late 1960s rock and folk are readily present, while touches of modern production make it decidedly prescient. The outcome is a success, in the same modern-retro language of Angel Olsen, though with all playfulness shelved. There's an inescapable solemnity in Mering's voice. She has the deep, haunting mystery of Nico, with a trained musician's ability to control her instrument. By "Do You Need My Love," the album picks up ever so slightly, employing the jaunty, classical-inspired songwriting of late British psychedelia with nary a guitar in earshot. Tracks like "Seven Words" show an undeniable passion that hits the listener immediately.