Weyes is Back for More 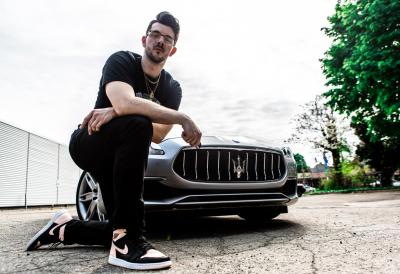 William Weyes is back at it again as he prepares for his second headlining show, just a few short months after his first show in August of this year.

Weyes reflects on his first headlining gig saying, "I consider my first show a great success. With myself selling 120 tickets and with the openers' help, we sold 200 altogether. I'm really happy and appreciative that people cared to come out and see me. It was a great crowd that was super supportive with a lot of positivity, which is what I like to see."

Weyes has been keeping himself busy, working with Condor Creative to release a "Thorns 2.0" music video that took place at his alma mater, McDowell High School, with the McDowell Trojans Football team.

Besides Weyes, the lineup for the show will include local hip-hop artist TayJer, who has been involved in the local scene for over a few years now and has worked with Weyes before on a few tracks. Weyes hypes up TayJer saying, "He is a fantastic artist with a crazy flow and great delivery." Besides the men in the lineup, this show will include two local female artists, Ducky and Zbaby-Z Killa. "Both Ducky and ZBbaby-Z Killa have great voices and delivery," projects Weyes.

There will also be clothing vending by Melancholy_* and food vending by A Waffle Miracle with beer served by Black Monk Brewery. So come open your ears to some local hip-hop artists that you may have never heard before and see what Weyes has new in store for you. — Symoné Crockett