What Are You Watching: How Streaming Video Changed TV for the Better

A brief look at the way streaming video services have changed the way we watch TV, and what we might expect from the future. 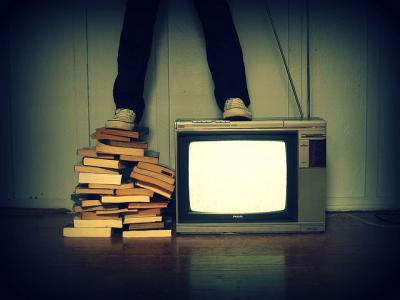 If you've managed to make it through the past few years without getting dragged into a conversation about Breaking Bad, I'd like to congratulate you. Better yet, if you've never burned through an entire series on Netflix in the span of a few short days, then you more than likely deserve a medal.

If you ascribed to either of the above statements, you're part of a rapidly growing minority.

The truth of the matter is that we're working our way into a highly distinctive period in the development of media consumption. The growing popularity of streaming video services over the past several years that allows unlimited access to a variety of programming has completely changed the way we get our media fix. Netflix alone has to date amassed over 50 million subscribers and counting, not to mention the 114 million HBO subscribers that have access to the increasingly popular HBO Go service. And beyond these two video-streaming giants, viewers continue to gain access to their favorite shows by way of a plethora of sites that offer less than legal streaming alternatives.

In other words, people are hooked right now, and Hollywood knows it. Beyond the success of AMC's Breaking Bad—which was in part bolstered by Netflix's claim to the show's streaming rights—viewers have been treated to a virtual flood of quality television ranging from serial drama's like HBO's Game of Thrones and True Detective, to Netflix's own serial prison drama Orange is the New Black. Viewers are left with little to want when not only are they provided with access to their favorite cable programming, but fresh titles produced by the streaming services themselves.

Netflix's House of Cards stands out here as a particularly striking example as the success of its first two seasons, both released on the service in their entirety, have received widespread popular and critical acclaim. The show took home a number of awards both this year and last, including the Writer's Guild of America Award for Best Written New Series.

What makes the success of shows like this is largely our newfound willingness as viewers to just dig into a new series. The fact that quality entertainment is more or less constantly available to enjoy at our leisure is more than enough incentive for viewers to experiment with new shows and to dig a bit deeper into the programs we already know and love.

What's more – and is perhaps the dark side of this whole deal – is the growing concern over the phenomenon of "binge-watching,", or what could be alternatively described as people's innate lack of self-control. When you've got something good available for your immediate consumption and enjoyment, it gets pretty difficult not get caught up in the heat of the moment.

Believe me, I've been there. I have re-watched the entirety of Breaking Bad in the span of a couple weeks. I spent half a summer working through all six seasons of Lost. Hell, I even went back and blew through every episode of the Sopranos on HBOGo, just because I could.

These might sound like some weighty confessions, but at the end of the day, I think the relationship viewers have developed with their favorite series in light of the accessibility of streaming video services is a good thing.

The degree of immersion in these fictional worlds that people are beginning to adopt is an excellent thing, not to the extent that they lose sight of reality, but rather that it generates the capacity for intelligent, if not passionate, conversation about the shows we watch. And I'm not saying that every single thing we have access to is high-quality intellectual stuff—The Walking Dead is solid proof of the existence of depthless, popularized faux-drama—but that the growing demand for quality programming has been largely reciprocated with stunning works of film.

That being said, what we're looking at here is a media market that has in a way given people new and interesting ways to connect. When you meet someone new these days odds are that the conversation will stray towards what you watch, and you'd be surprised to hear what sort of fictions people are willing to defend and discuss for no real benefit other than to engage with others about the shows they love.

So in the end it really doesn't matter what you watch, so much as it does that you have the ability to subscribe to any particular fiction, and connect with people who are similarly invested. There's a lot to watch out there, and there doesn't seem to be any end in sight to this deluge of quality programming, so on behalf of your friends here at Erie Reader, stay tuned.

Mike Iverson watches a lot—if not too much—television, but finds time to write in between. For any questions, concerns, or programming recommendations, he can be reached at miverson@ErieReader.com