Do you know what's happening in the world today? Your friends probably do, and you can too! 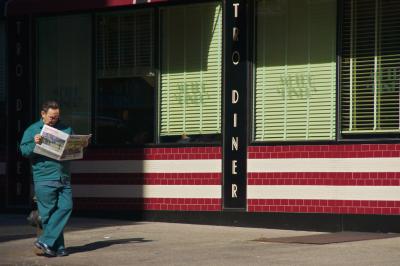 U.S. general is open to ground forces in fight against ISIS

Despite President Barack Obama's repeated affirmations that the deployment of ground troops would not be a factor in the handling of ISIS military action, the president's top military advisers have recommended the implementation of ground operations should airstrikes prove ineffective. Although the Obama administration continues to display faith in the capability of a U.S. led coalition in combatting ISIS, Gen. Martin E. Dempsey continues to suggest the potential usefulness of ground operations.

Pittsburgh local, Leon Ford, was allegedly mistaken for a wanted gang member during a routine traffic stop in November 2012. Ford was reportedly shot as he attempted to flee the checkpoint, and was subsequently paralyzed by his injuries. Charges of aggravated assault were filed against the officer in question, and the trial remains an ongoing point of contention as the presiding judge declared a mistrial this past Monday.

Volunteers needed to sign kids up for Shining Star program

Though the holidays are still a ways off, locals are preparing to participate in a variety of annual charity programs including Erie's Shining Star program. The program is dedicated to signing underpriviledged kids up to be eligible to have their Christmas wishes fulfilled come the holiday season. The program is currently seeking volunteers to help children get involved in the program ahead of time.

Despite the Erie School Board's Aug. 25 decision to sell the closed Ridgefield elementary school to Process and Data Automation, Montessori has continued to express interest in acquiring the property. A number of zoning laws and legal disputes have factored into the settlement of the property's sale, and as of now the current debate surrounding the sale focuses primarily on the what benefits could be offered to the community by either party's purchase of the property.

In regards to growing concerns over environmental issues in the Great Lakes, State Representative Curt Sonney was recently selected to serve on the executive committee of the Great Lakes Legislative Caucus. The caucus is dedicated to drafting and passing legislation concerning the restoration and maintenance of our natural resources. Sonney recently released several statements regarding a general course of action to be pursued by the caucus.

These statements and the full report can be found at  www.goerie.com