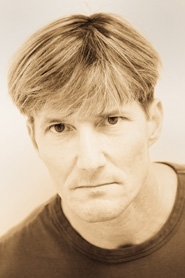 A jury found Michael Dunn guilty yesterday in relation to the shooting death of 17-year-old Jordan Davis. Dunn had opened fire on an SUV full of teenagers after a supposed altercation involving the volume of the teen's music. The defense claimed that Dunn fired the ten shots into the car as an act of self-defence. However, the prosecution claimed that Dunn was the aggressor in the situation. The four charges Dunn was convicted of, including first-degree murder, will land in him prison for at least 60 years.

For more, go to cnn.com

After a man came into the country carrying the Ebola virus, there has been widespread panic. Because the original patient did not know that they were infected and could possibly spread the disease, they were not placed in isolation and did not receive treatment until some days later. Since his return the patient has come into contact with about 20 different people. As a precautionary measure, those 20 and all those they came into contact with are being monitored for symptoms of Ebola. The total now is up to 80 patients.

For the full story, go to cnn.com

After an FBI investigation, Allegheny College professor Kirk Nesset was arrested last night on charges of downloading and distributing child pornography. In a hearing, Nesset admitted to the downloading of the files, totalling over 500,000. He was arrested after an ongoing undercover investigation that began in August. Allegheny students are shocked by the news. Allegheny has released a statement declaring that thye expect Nesset's resignation today.

A man using his tractor to dump yard waste into a ravine at Ponderosa Drive off of Washington Avenue when he fell into the ravine. Four seperate emergency crews arrived on the scene to assist with his rescue. While the victim was taken to UPMC for treatment, officials state that he was responsive and suffered only minor injuries.

For more, go to yourerie.com

No Text and Drive Campaign Begins

Jet 24 Action News and the Filippi Law Firm have begun No Text and Drive, a campaign designed to educate people about the dangers of texting and driving. This comes in response to Rick Filippi's claims that he is dealing with more and more cases involving death where texting and driving is to blame. He has taken it upon himself to fix the problem.

Go to yourerie.com for more