Hope of treatment options for ebola patients, mass graves in Mexico, and a whole lot of voting to be had stateside. Start your work week with a quick update on what you might have missed this weekend. 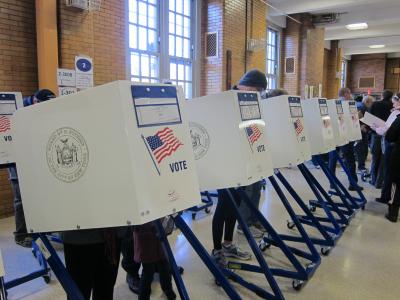 The weekend saw the relative success of ebola treatment in medical centers both in France and Germany, as well as the full recovery of an American doctor in Liberia by way of a plasma donation. Health care officials in the international community speculate that these cases may show potential for hope in finding more consistent treatments of the disease that may be implemented to curb the advance of the epidemic in West Africa.

As of Sunday, police in the town of Iguala, Mexico have reported the discovery of mass graves following the disappearance of a number of students last weekend. Though no substantial link has yet to be established between the disappearances and the discovery of the graves, speculations are being made as to their possible relation. However, all of this comes on the heels of recent attempts by the Mexican government to crack down on police corruption throughout the country.

In an effort to curb historically problematic rates of incarceration in the state of California, voters are looking to a national referendum that seeks to lessen the penalties for nonviolent felonies by converting them to misdemeanors. Said conversion would allow such crimes to be punished by shorter jail sentences, rather than adding bodies to already overflowing state penitentiaries. These efforts have seen widespread support from California voters, and are even in some cases uniting politicians across party lines.

Alaska, Oregon, and the District of Columbia are set to vote on several initiatives to reform marijuana laws in their regions. Though each legislature is taking a varied approach to the issue, all are unified by a concerted effort to institute measures that will seek to improve the statutes for both regulation, consumption, and possession, as well as address more specific concerns of the legal age permitted by these measures.

The Armstrong County Jail in Kittanning, Pennsylvania has recently undertaken efforts to administer GED tests to inmates. Previously, prisoners have had to wait until the end of their sentence to attempt to take the test at various open-site locations throughout the county. The hope with the current plan is to encourage inmates to officiate the completion of their education before their release, thereby increasing the overall number of released inmates who have obtained their GED.