A Texas nurse contracts Ebola, the fight for Kobani continues, and Penn State Main Campus deals with the fallout of an anonymous threat. Are you up to speed on what's going on out there? If not, we've got you covered. 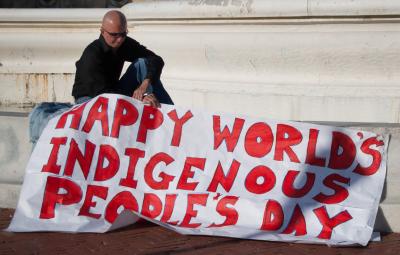 The intense fighting over the border city of Kobani throughout the past week has provoked a response from Kurdish rebels that has put peaceful negotiations with the Turkish government at risk. The Kurdistan Worker's Party--whose headquarters is located in northeastern Iraq-- has stated that if Turkish inaction is to persist in the defense of Kobani against ISIS fighters, that Kurdish rebels will resume guerilla warfare in the region. This threat stands to throw the region into an even greater state of chaos as the ongoing Islamic State crisis mounts.

U.S. troops to use bases in Turkey

As of Sunday, Defense Department officials have confirmed an agreement with the Turkish government to foster U.S. ground operations near the Syrian border by means of stationing U.S. troops at Turkish military bases. This agreement comes on the heels of Kurdish rebels' threats to disrupt peace talks with the Turkish government, as well as President Obama's ongoing requests for more military support in the fight against ISIS. Though this may not be the preferred step towards resolving tensions in the region, it displays the faintest hint of progress in the development of Obama's attempts to form a defense coalition.

Health care officials in Dallas, Texas have confirmed that a nurse that had been treating Ebola patients in the region has contracted the disease herself. This news has come as a shock to media, politicians, and physicians alike, and has prompted frantic investigation as to the circumstances of the nurse's infection. This is the first confirmed transference of the virus within the U.S., and as a result has forced the C.D.C to reevaluate protocol and training for the treatment of Ebola patients.

Following a unanimous vote of the Seattle city council, Columbus Day shall henceforth be celebrated as "Indigenous Peoples Day" in the Northwestern city. At this point, several other cities have taken similar action in the renaming, and refocusing, of the holiday's sentiment. These changes fall in line with recent efforts from citizens across the country to challenge Columbus Day's namesake on the grounds of its historical implications for indigenous peoples as a whole.

At 10:30 p.m. Saturday evening, an anonymous threat was posted to the social media app, Yik Yak, at Penn State Main Campus. The post threatened a shooting to take place at noon Sunday in the Hetzel Union Building at the center of campus. Immediately following the threat campus police officers were stationed in and around the building, and authorities are currently investigating the source of the threat while making clear that they're attention to social media is up to par.