The world moves fast and so do we. Here are five news stories you might have missed. 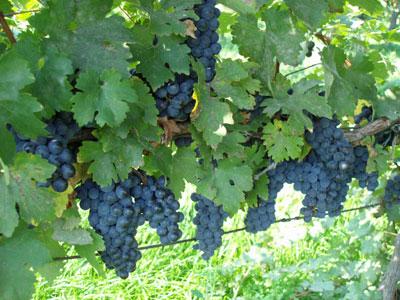 High school students have staged a protest against what they are calling a censorship of U.S. history. Beginning on Tuesday and Wednesday, students of the Jefferson County School District began walking out of their classrooms in response to a proposal from the county's school board. The proposal in question, which superindentent Dan McMinimee has stressed has not yet been passed, aims to change the curriculum of the Advanced Placement U.S. History course. The exact wording of the proposal states that the material taught should "promote citizenship, patriotism ... (and) respect for authority" and not "encourage or condone civil disorder, social strife or disregard of the law." The protestors consider this an act of censorship, a way of cleaning up American history so as to avoid talking about the indiscretions that the country has historically committed. The school board members have declined to comment on the matter.

For more, go to cnn.com

In what is being called "victim shaming at its worst," the Pennsylvania attorney general's office is citing the victim of a rape as the party to blame for its occurrence. The woman, a 24-year-old typist working at the state prison at Rockview in Bellefonte, was choked unconscious and raped for 27 minutes by an inmate. The inmate in question, Omar Best, is in jail for sex-related crimes and had been transferred from another prison after assaulting a female worker. Despite the woman's claims, the a senior deputy at the attorney general's office wrote that she "acted in a manner which in whole or in part contributed to the events." There has since been severe public backlash.

Fire in Millcreek Reports No Injuries

A fire broke out at 6365 Shadyside Drive early this morning. Five different crews responded to the scene and found the fire had been contained mostly to the attic. However, other portions of the house received damage. Despite the property damage, no one was injured as a result of the fire.

This weekend the Blurriecon will take to the Quality Inn & Suites at 8040 Perry Highway. Visitors will be able to participate in cosplay, a Dungeons and Dragons podcast, trivia, and many more events from Friday to Sunday. There will also be a showcasing of retro gaming systems and classic games, which is expected to be a big hit. A weekend pass costs $30, while daily passes are $15 for Friday and Saturday and $20 for Sunday.

For more info, go to goerie.com or blurriecon.com

This weekend kicks of the annual Wine Country Harvest Festival in North East, Pennsylvania. This year there will be 11 different wineries showcasing up to 10 different wines each. Visitors will be able to use the widely-popular wristband system to walk from tent to tent, tasting as many of the different wines as they'd like. There will also be various acts, performances, and food to go along with the fermented grapes. The North East Chamber of Commerce expects between 15,000 and 20,000 visitors for what should be a great time.

For the full story, go to goerie.com