Shootings and pandas and cows, oh my! Five news stories, summed up just for you. 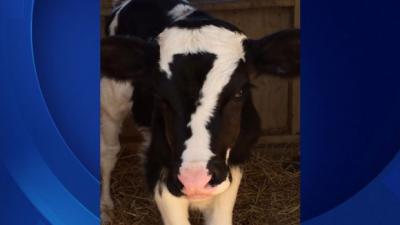 Another Unarmed Blank Man Shot
A man was shot in South Carolina after reaching for his wallet, officials say. Levar Jones had been pulled over by highly-decorated state trooper Sean Groubert for an apparent seatbelt violation. Groubert asked Jones for his wallet, Jones turns towards his car and reaches in when Groubert pulls the trigger at least four times, hitting Jones in the thigh. Jones survived his injuries, and Groubert is being charged with felony assault.

Three 9/11 Responders Die on Same Day
Three retired firefighters passed away from cancer believed to be linked with 9/11 this Monday. This string of deaths makes ninety-two since the attacks.  Daniel Heglund, Robert Leaver, and Howard Bischoff were all first responders on 9/11, and their cancer is being linked to the conditions on that day. These deaths come as advocates seek reauthorization for a program that would provide health care to 9/11-related health problems.

Cow Born with '7' on Head
A cow was born in Cambria Country with a '7' on its head. It is being lovingly referred to as "Little Ben", in homage to Pittsburgh Steelers player "Big" Ben Roethlisberger. Steelers punter Brad Wing sees the cow as a sign for good things to come.

Red Panda Cubs at Erie Zoo
The zoo's two newest additions, red panda cubs named Khumbie and Lhotse, are making quite a stir. They were born June 15 to two red pandas from the Erie Zoo, this being their second litter. While they were at first too small to come out often for public display, the cubs have been getting more adventurous and make appearances about twice a day, zoo officials say.

Erie Man Sentenced to Twelve Years
Joseph L. Ollie was sentenced to twelve years for gun-related charges this Thursday. This comes after Ollie told a jury that he had absolutely no interest in guns. Despite his testimony, he was found guilty on counts of possessing a firearm as a felon, possessing a stolen firearm, and possessing a firearm under a domestic abuse restraining order. His sentence was below the recommended fourteen to seventeen years.