Whitechapel Brings 'Decade of the Blade' to Basement Transmissions

Tennessee is sending Whitechapel – one of the heaviest, most brutal Deathcore bands in the genre today – to Erie. 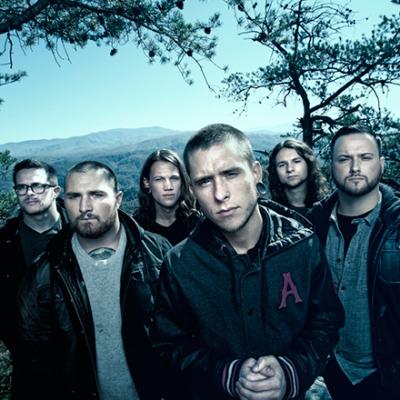 When people think about music from Tennessee, they're more than likely imagining the twang of an acoustic guitar in an old country music song. So it might come as a surprise to some that on Friday, May 13, Tennessee is sending Whitechapel – one of the heaviest, most brutal Deathcore bands in the genre today – to Erie.

Whitechapel formed in 2006 in Knoxville. The band is celebrating its 10 years with the "Decade of the Blade" tour, as well as a new album set to be released in June.

Whitechapel's sound has always been straightforward and in your face, stylistically ranging from traditional death metal complete with shredding guitar riffs and blast-beat drumming to a modern trend known as "djent" that has been sweeping the metal community in recent years.

While Whitechapel fuses new styles with old, their tour mates Fit For A King and The Plot In You both stick to a more modern approach to metal, with comparatively less complex riffage and the occasional clean vocal lines.

Whitechapel formed in 2006 in Knoxville. The band is celebrating its 10 years with the "Decade of the Blade" tour, as well as a new album set to be released in June.

Locals playing are Amavasya, an incredibly talented group whose song "Guidance" is equal parts heavy, melodic, and chaotic, and Livid Life, the latest "Lake Effect Hardcore" band, whose blending of hardcore scene niches was described in Worldwide Underground's unsigned band of the week blog as "too heavy for the regular hardcore crowd, and too fast for the beatdown scene."

This is likely to be the biggest show BT has seen in months, so don't miss this chance to mosh.