Whitney Peyton brings her Break the Frame tour to BT. 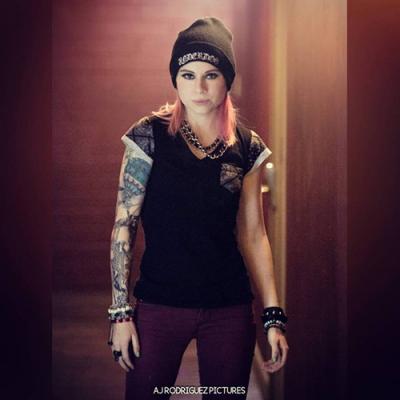 Basement Transmissions is known in Erie as a hub for varying types of music. Metal, punk, and indie are most commonly featured, but hip-hop hasn't yet received much recognition from the venue. That changes, however, on Feb. 26 when Whitney Peyton brings her Break the Frame tour to BT.

I will be the first to admit that my knowledge of hip-hop as a genre is substantially limited. But the music that Whitney Peyton brings to the turntable seems to be sincerer than her mainstream counterparts. Her songs are driven more by the delivery of the lines throughout the entirety of the song, instead of resorting to a one-line hook and a bass drop that so many cookie-cutter party rap songs use to dominate the radio and night clubs. She even uses the line "I'll rock a different image 'til you're thrown off / I'm not shaking my ass but my words will knock your dome off" to separate herself from the typical tactics used by mainstream hip-hop.

But perhaps the most impressive rapper on the lineup goes by the moniker Yung Skola. This Erie native MC is only 11 years old, but his songs have a certain realism to them that one would expect from someone twice his age, making them all the more extraordinary. He shows a surprising amount of social awareness for his age, confronting police brutality and senseless violence in his song "No Justice, No Peace," and telling a moving tale of loss in "I Miss You."

Even from a very restricted understanding of hip-hop culture, I can tell that this show is not something to miss. – Tommy Shannon