Sitting down with the talented hip hop producer and Erie native

by Elvis Andromeda Maryshine
View ProfileRSS Feed
September 8, 2020 at 10:37 AM 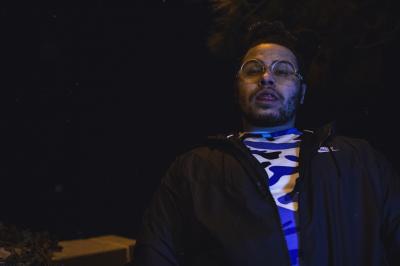 Chauncy Bill$up isn't just any regular Erie native. The 29-year-old former semi-pro athlete is also one of the highest accredited hip-hop producers and engineers in the city. Formerly owning a record label based in SoHo, many of Bill$up's tracks have racked up millions of plays across multiple streaming platforms. Some of those notable tracks include Pet Zebra's Vanilla, as well as CHXPO's Could Never Be Love. Bill$up's long list of clients doesn't stop there. His catalog even notes prominent personalities like Ponce De'leioun, Hardo, Curren$y, OG Parker, Riff Raff, and Erie's own Aaron Rennel and Kenny Ba$e, of Major Coin.

Elvis Andromeda Maryshine: What influenced you to start pursuing a career as a producer?

Chauncy Bill$up: I broke my ankle when I was playing semi-pro football in 2014. I had my laptop from [Cathedral] Prep as a freshman and downloaded a beat making program on it. My cousins had just started making beats and I was like 'Yo I bet I can make better beats than that.' So my cousin and I made a bet on who could make better beats. Nothing really came of it until I broke my ankle. I said 'Oh snap, I got that beat program on that laptop.' I watched some youtube tutorials and I started making beats. Influences go back to listening to music with my mom when I was 5. Earth, Wind, and Fire and LL Cool J are artists that stick out the most. She'd play 70's funk and what I like to call smooth yacht rock. When the Space Jam soundtrack came out I was like 'Yo music is really really cool.' And from there I was like an open book. There's just different chapters you know, like your journey of being a music fan- but that's where it really started.

EAM: So when you got your start after that bet, how did things proceed from there?

CB: I made beats for like a year and didn't show anybody, anything. One day my close friends were at my house and saw my stereo plugged in under my coffee table. They were like 'What were you doing?', and I was like 'I've been making beats.' And they were like "What?! Play 'em!" So I played 'em, and they were like "Yo these are pretty, like pretty good. You should keep doing this." So that gave me the confidence to start showing people the stuff I had been making. So then I linked up with Flamingo$ Williams, Aaron Rennel, and Kenny Ba$e. We had a group at the time called NL. I had shown Flamingo$ and Polar Bear (videographer) my beats. They were like "Yo, these are cool."

Then it progressed from working with them to going to Pittsburgh. I met Pet Zebra, after that, I just grew with him until I got to a point where I was working with a couple other artists out of Pittsburgh. Then I got an offer from my business partner now to start a record label in Manhattan. Once we [started to do] that I went back and forth for a few years learning the ropes. In year two or three we signed [Pet] Zebra and were like "We're really gonna make a run at this thing" and we put the budget we had behind it. That's when we started to get some of those millions of views. We were doing things a certain way, after that, we realized there was more we had to learn than just throwing money at things. You know what I mean? That's when I came back to Erie to sharpen my blade. I like to come here to hunker down and start really working on things. Aaron and Kenny had then branched off from NL and started Major Coin. When I came back I applied my knowledge from running the record label to work with them. They started moving in different crowds, getting more plays and getting popular locally- Just tryin' to work that brand. That takes me up to where I am now. I just got back from Phoenix and made some more connections. Got lots of stuff in the works.

by Symoné Crockett4/2/2020, 12:14 PM
Like the album cover, the setlist starts at the red bar which is a representation of grit and hard-hitting tones and times.

CB: It's all about emotion and feeling. I'm big into energy and chakras, meditation. I live by the 7 hermetic principles, or the 7 laws of the universe. A big part of that is being in tune with your energy, being self-aware, and being in the moment in order to make sure you're making the most effective decision to become the best you can be in your walk of life. I have to get in the right mindset to create, entering into a meditative state. I listen to music, processing with I call downloads, 'cause everything sticks to your subconscious mind. So I'll listen to genres completely unlike the one I'm going to create. I try to implement different elements from those. If I'm going to make a trap heavy beat that day, I listen to 70's hard rock like Foghat and Led Zeppelin. I try to stay away from the real, real commercial stuff. I think the '70s had some of the best music ever. The 90's had the second best. Maybe if I want to do some more guitar layered based stuff, I listen to Cat Stevens. I like to hear all the different things that made the music so timeless and classic. To understand what elements of those caused me to feel emotional- because when you feel music it translates differently. Once I feel like I've entered that place, I'll start making my way to the studio and start going. Whatever sounds right, I just do it in the moment.  Everything in life I do is really about preparation. Once you get there[to what you're doing], you just let your preparation do what it does.

EAM: What type of challenges have you faced being a hip hop producer in Erie?

CB: One of them would be resources. There's not a lot of venues or businesses that are often willing to openly collaborate with us. So it makes it hard to often put something forward that can be presented in a way to show people that the things they like in music are right here in their own backyard. There is a difficulty then finding consistency because of the [lack of] resources. If there were more resources, people would understand how the game goes.

EAM: I know you've traveled frequently, what makes you keep returning to Erie to produce?

CB: Number one, It's home, obviously. Number two the internet is a powerful thing. Number three Air BnBs are cheaper than hotels. [laughs] The last thing, my sh*t sounds a certain way in my space than any other room. I like working in my space because I know exactly how it is going to sound.

EAM: If there was one thing you could tell someone about what it takes to be successful in Erie is the music industry, what would that be?

CB: Managing your ego, which is a battle I have with myself frequently. Work often, work more after you've worked often. Strive to be a smaller fish in a bigger pond. Make sure you keep it all about the music. Just make the best product.