Whodunit?: Murder on the Orient Express Provides Old-Fashioned Entertainment, but Not Much Else

Is Murder on the Orient Express interesting enough to hold its own against the full massive blockbusters? 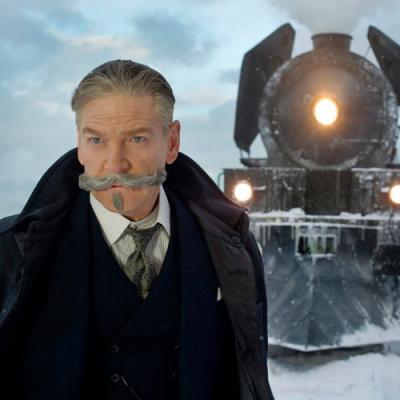 As movies seem to become bigger and more extravagant every year, I often think that it would be nice to see a simple yet effective little genre film like the kind studios used to make in Hollywood's golden age. No elaborate special effects, no needless action set pieces — just a clever story told in an interesting way. It seems that Kenneth Branagh feels the same way, because his new film, an adaptation of Agatha Christie's Murder on the Orient Express, feels like it could've come from the old Hollywood studios. Unfortunately, it doesn't live up to its ambitions.

The film, obviously, involves a murder onboard a train heading through Europe. None of the passengers witnessed anything unusual and it seems like the killer has committed the perfect crime, but they didn't anticipate that one of the train's passengers would be Hercule Poirot (played by Branagh), possibly the greatest detective in the world. Poirot must now unravel a mystery in which nothing is as it seems and everyone is a suspect.

It's obvious why Christie's story has become so popular over the years, but that's also where the problem lies. By this point, the story has been told so many times that a new version would have to do something really original in order to make it interesting again. Branagh's film, despite some competent performances and beautiful photography (shot on 65mm film), just doesn't reach that level. I admire the ambition of releasing this simple murder mystery in the middle of a winter movie season full of superheroes and lightsabers, but it just isn't interesting enough to hold its own against those massive blockbusters. — Forest Taylor