A question of doubt versus opportunity 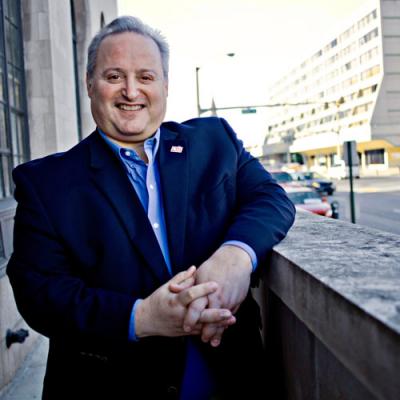 In May 2015, after exiting my startup and being freed from an everyday work schedule, I started looking around to figure out what I was going to do when I grew up. Luckily, I was given a gift by my wonderful wife Sheri who said "Brian, I married you for better, or worse, but not for lunch. Find something to do."

As I looked for my next great adventure I called friends, former investors, mentors, and then the startup venture capitalists I'd come to know. They all had questions about the exit, what I wanted to do next, what they were looking for and if I'd be interested … and that's when I found Erie.

And while it's been less than a year since I moved here, I've fallen in love with Erie. It's the perfect combination of everything awesome and frustrating, horrible and wonderful – the best and worst of things all rolled into one. I'm amazed by the resources, history, future, and the people who speak of the greatness, possibilities, grit, determination, and generational excellence of our town.

But as I got to know my new hometown better, I started to see a pattern, one that I'd never seen before. All over the country, the companies I was interviewing with never once asked me the question that has become a mantra here.

You see, when you bring a passion for finding, mentoring, and investing in entrepreneurs and you show up in Erie Pennsylvania, people want to know ... what's wrong with you? You've heard about dysfunctional relationships? Turns out we're in one, with ourselves.

And now, as I come to my first anniversary of this great new adventure, I find myself reflecting on those moments because every region, city, community, and person has a crippling doubt in at least one area that they utilize as a crutch to not act.

What I've come to realize is that "Why Erie?" is about all of us. We're brainwashing ourselves and – what's worse – our children. So, will we use "Why Erie?" as a new beginning, or a lie we tell ourselves?

Are we asking ourselves the hard questions until we don't have any good answers? Or, are we dithering between our signature mix of inertia and denial?

Once upon a time, we all had big dreams that we promised to make come true. But there's always something a little disappointing about not seeing our dreams realized. Are we asking ourselves the hard questions until we don't have any good answers? Or, are we dithering between our signature mix of inertia and denial? Accepting as truth those things we've taught ourselves to accept? Things that are the way they are because that's the way it is?

I first noticed "the question" in Erie, but I've since found it elsewhere. Turns out, the difference between a vision and a hallucination is how many people look for it. So, if we aren't going to leave to our children a city – a world – like the one left to us, we're going to have to act. But what can you do when it seems like everyone else is singing from the same book?

As an investor at the Ben Franklin Technology Partners I know that try as I might, as hard as the company tries, as much effort and time and sweat that everyone pours into a project, some companies are going to fail.

Does that mean we shouldn't try? That we should stop risking? That we are second rate?

At its core, "Why Erie?" starts with a belief that if we squander one opportunity – just one – or if we try and fail, we'll have to carry that with us forever and we'll never get a second chance.

The great philosopher Yoda once said: "Do, or do not … there is no try," and I'm here to tell you that Yoda was wrong. Success isn't guaranteed, but the opportunity to try is. It's what the American Dream – and Erie – was built upon. So do, or do not! But continue to try. Because we aren't going to unlearn the fear associated with risk, but we can build the successes incompatible with it.

And know for certain that there are more than enough brave people willing to plant their flag on some distant beach toward which we can march; and if you think about it, we each have a flag and we're each marching toward our own shore. How lucky we are to be right here, right now – able to accept that anything is possible and that a great city can be built – and rebuilt – on the shores of a Great Lake.

I've come to Erie because of people like you. So how about we live our lives, and build our city in such a way that if people spoke badly about us, no one would believe it!

Is this heaven? No. Sometimes it even feels like hell frozen over. Erie isn't heaven, but it is home.

So, since there's no time to waste, the next time you think about our hometown, think of it like this: "Why? Erie!"

A version of this piece served as the basis for Brian Slawin's TEDxErie talk on Nov. 5, 2016. Slawin is the NW Regional Director & Portfolio Manager of Ben Franklin Technology Partners. He can be contacted at BrianSlawin@cnp.benfranklin.org.