Will the New Star Wars Films Be the Same Old Story?

Questioning the nostalgia of Rogue One 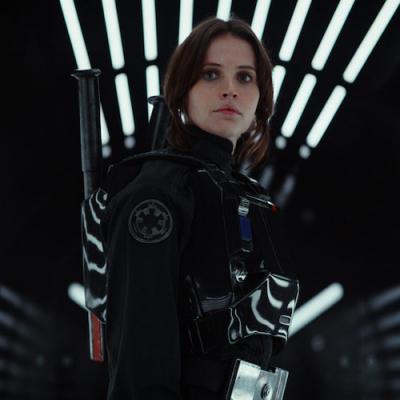 This month, Rogue One, the first of many anticipated Star Wars spinoff tales, hits theaters. Apparently, we're getting a new Star Wars film every year, indefinitely. The hype and subsequent backlash over The Force Awakens is still a vivid memory, and Rogue One may have to deal with the same problems.

The consensus around The Force Awakens is that it's either a fun and exciting (if not particularly groundbreaking) film, or a completely unoriginal retread of all the plot points from the original. The most common complaint is that it did nothing but take ideas from the original film and update them. With a new film being released every year, this could definitely be a concern.

There's nothing wrong with The Force Awakens being the same old story. It's a fine way to draw in old fans and get new viewers acclimated to the Star Wars universe. This will only work once, however, before people realize they're watching the same thing again and again.

The trailer for Rogue One, with its star destroyers, X-wings, and a special appearance by Darth Vader, has not given me any indication that they're doing anything but nostalgia-baiting – and that has me worried. Star Wars owes its origins to classic mythology, with George Lucas deriving his story from Joseph Campbell's Hero with a Thousand Faces. That heroic template was combined with influences as varied as Flash Gordon, old samurai films, and even World War II aerial combat footage, resulting in a pop culture amalgamation that strikes a chord with nearly everyone.

Today, Star Wars has become a mythology itself, and the new films are taking influences from ... well ... Star Wars. There are only so many times they can keep telling the same story before people get sick of that galaxy far, far away.

Forest Taylor can be contacted at forebore1982@gmail.com.