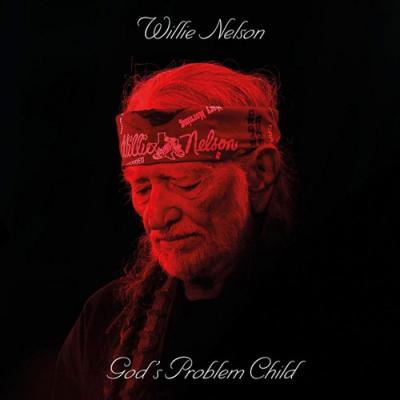 The red-headed stranger has been grey for as long as most can remember. At age 84, country music superstar and all-around national treasure Willie Nelson continues to make great music. God's Problem Child marks the artist's 61st studio album since his 1962 debut. Nelson finds himself directly confronting his own mortality – in his own way, of course. For example, the original title of the album was slated to be I'm Not Dead. Sounding as strong and iconic as ever, Nelson's voice tells us that he still has plenty to give to the world. Tracks like "True Love" are wistful and contemplative, while songs like the uptempo "Still Not Dead" provide a hilarious, tongue-in-cheek wink at the grim reaper. The album ends with a touching tribute penned by Gary Nicholson to Nelson's friend and contemporary, Merle Haggard. The majority of the album was written by Nelson along with Tennessee producer Buddy Cannon (known for his longtime association with Kenny Chesney). The two exchanged text messages during the weeks leading up to the album's recording, crafting song lyrics along the way.