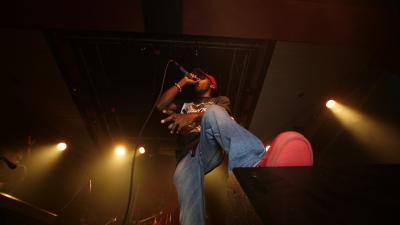 Erie favorite Charles Brown will take the stage alongside his band, the Charles Brown Experience, at Scotty's Martini Lounge. Members of the local arts community have kept an eye on this talented MC for some time now, recently highlighting the release of his brand new EP, The Evaluation. Since then, Brown has been spotted shooting music videos around town and collaborating with a bevy of local musicians. For this performance, Brown will be backed by Eric Brewer, Ralph Reitinger, and Stix Thompson.

Joining the Charles Brown Experience are Six Year Stretch, who released their debut full-length, Afterglow, just this past summer. While Brown's hip-hop chops may seem like a strange bedfellow to this local alternative pop-rock group, it's hardly their first time brushing artistic limbs with each other. Brown was featured (alongside The LEC member Jonny Evans) on both Afterglow tracks "The Fight" and the album's title track, making for what is sure to be a unique and unforgettable onstage presence between the two artists. — Aaron Mook