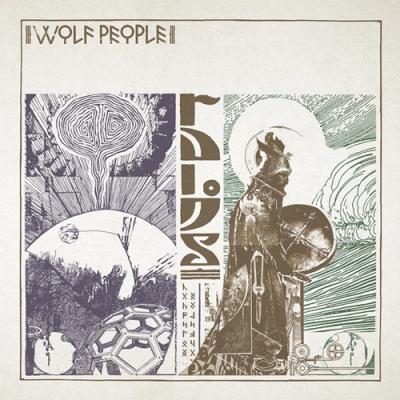 Some psychedelic stoner rock comes off more convincing than others. Ruins has a retro authenticity that's almost confusing. The fuzz thickly coats every pentatonic guitar lick. Vocals start off extra gritty in "Ninth Night," as if frontman Jack Sharp were calling us long-distance from overseas. The distortion transitions into echoey reverb by the time the first "Kingfisher" hits (there are two reprises). Wolf People don't skimp on the details, either – the addition of a flute player drawing Jethro Tull comparisons to go along with the requisite Led Zeppelin and Black Sabbath ones. There's a long history of English blues-based rock, with this Bedfordshire quartet carrying that tradition into 2016. Beyond staying impressively true to the sound of their influences, there's another ancientness about Ruins. Predilections towards medieval themes have persisted in this type of music for some time now. Finding the middle ground, Wolf People achieve it without being overly aggressive (metal) or too melodramatic (prog), making a perfect candidate for the end credits to a Game of Thrones episode.