This Humane Society fundraiser is a whole new breed. 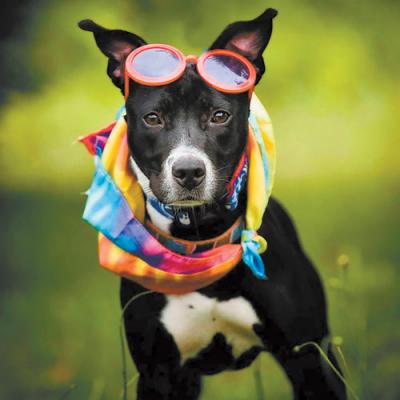 During the dog days of summer in 1969, the original Woodstock Music Festival brought together over 400,000 people to celebrate peace, love, and great music. The lineup, of course, was legendary – Janis Joplin, Joe Cocker, Jimi Hendrix, Jefferson Airplane, Creedence Clearwater Revival, The Grateful Dead – but more resounding was its cultural impact. It demonstrated, however singularly, that we could all just get along. Homo sapiens, at least for one weekend, were the prototypical pack animal.

Nowadays Woodstock may seem like an idyllic daydream or hippie naïveté, but peace and love has been wagging its tail at our feet all along. Opposable thumbs or no, canines have never let go of their pack mentality, remaining our steadfast companions without chemical inducement. It is in that spirit that Woofstock was born – not in a commune, but in the kennels of the Humane Society of NWPA.

Humane Society Executive Director Nicole Bawol is giddy in discussing the event, an evolution of the highly successful open houses held at the shelter the past four years. The proverbial doorbell rang in Bawol's head after 2,000-plus visitors showed up at last year's event. Her mind raced to greet the opportunity – a bona fide festival to truly bowwow the crowd.

"It's going to be quite the event. We are going all out," Bawol asserts.

The first leg of the gala invites bipeds and their quadruped friends to Frontier Park for the 5K Dog Jog. The $35 registration fee includes a t-shirt for you, a bandana for Woofsain Bolt, and entry to the festival at the shelter (dogs must be leashed, lest you find them chasing the White Rabbit – or traffic). If you are on the fence about the whole physical exertion thing, you can leap over it and right into the puppouri of activities at the Humane Society (general admission $5), highlighted by the inaugural Battle of the Bands. 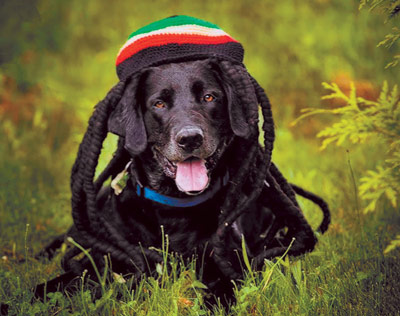 Online voters whittled 30 entrants down to the six finalists that will compete at the festival. Each band will perform half-hour sets and receive feedback from a prestigious panel that includes Ryan Bartosek (talent buyer for Kings Rook Club, UPMC Sunset Music Series, and Gathering at Chaffee's), longtime Erie Times-News music columnist Dave "Dr. Rock" Richards, Berklee graduate and director of Make It Great Media Ben Henry, and local musician and music critic (the Reader's very own) Nick Warren. Happi 92.7's Sherri McBride will MC. Bands will receive points for originality (which probably rules out Baja Men covers), musicianship, showmanship, and audience engagement. Extra credit can be earned for raising additional donations for the shelter pets, who will receive 100 percent of Saturday's proceeds.

Attendees can also dig into delicious barbecue (courtesy of Three B's) and homemade ice cream (Connie's) or lap up a pint of ale (Glenwood Beer). Kids who haven't mastered the sit or stay commands can expend their energy in the on-site Bounce Houses or get their faces painted for free. Local businesses have fetched over 30 gift baskets for the Chinese auction, which includes packages from Conventina Day Spa, Splash Lagoon, the Lake Erie Ale Trail, and more.

"It's a great opportunity for people to come out to the shelter and do something healthy with their pets," says Bawol.

Like music, pets bring people together. Although no adoptions will take place during the festival, applications can be filled out for a later date.

Who let the dogs out!? The answer could be you (you, you-you, you)! – Matt Swanseger