The Champions of Magic will perform at the Warner Theatre, less than a month into their first tour throughout the United States. 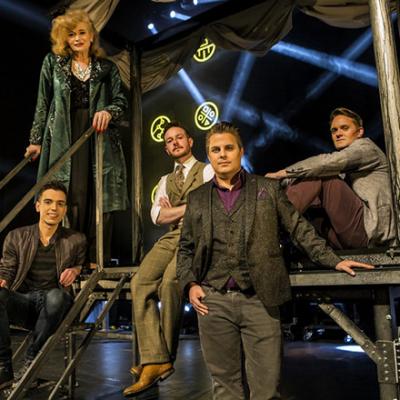 These five world-renowned magicians won't settle for second place; they call themselves the "Champions of Magic." The illusionists — who are known for their disappearances, levitation and teleportation — will perform at the Warner Theatre, less than a month into their first tour throughout the United States.

"(They are) really excited to bring all the magic to the states for the first time," said publicist Alex Everakes, who promised that audiences of all ages would be "dazzled" by the performance.

The Champions of Magic previously toured in the United Kingdom for four years, where they sold out shows and earned five-star reviews. The five have also been featured on shows like Penn & Teller: Fool Us, A Quest For Magic and Caught On Camera With Nick Cannon.

"Quite simply, mind blowing. I urge you to quickly get whatever tickets are still available because Champions of Magic is a show that has to be seen to be disbelieved," wrote The Sussex Newspaper after one performance.

Each could stand alone as an extraordinary magician, but together, their talents promise to make a memorable performance. Alex McAller is known for his mind-reading abilities, while Edward Hilsum, who was named the International Stage Musician of the Year, says his favorite trick — called "Silver" — doesn't involve props or equipment. The only woman in the group, Fay Presto, was called Britain's best female magician by the Independent. She's known for her close-up magic. And the final two are known simply as Young and Strange.

On stage, these five pull off the seemingly impossible. Perhaps, you'll have to see it to believe it. — Tracy Geibel