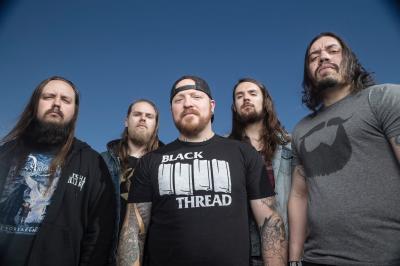 This is WOA's first Erie show in some time, the last one being in December before their trip to Europe to tour this spring.

In a recent phone interview, WOA lead singer Leroy Hamp spoke of the band's excitement to return to Erie.

"We've been through a lot of different changes," Hamp said of the Erie music scene, "But the one thing that's always constant is the fan base, always coming out to support us...It's really awesome."

At the upcoming show, fans can expect to hear a setlist of "a little bit of everything," Hamp said. Lately they have been trying to play a mix of old and new songs, often two from each album per show but, "it's hard because you can only scream for so long," Hamp continued jokingly.

Capsize and Ghost Key will continue on the Wrath Tour with WOA for a total of 28 shows across the country. — Hannah McDonald