Shok's "Stories of My Dead Homies"

by Charles Brown
View ProfileFacebookTwitterInstagramRSS Feed
August 30, 2017 at 11:30 AM 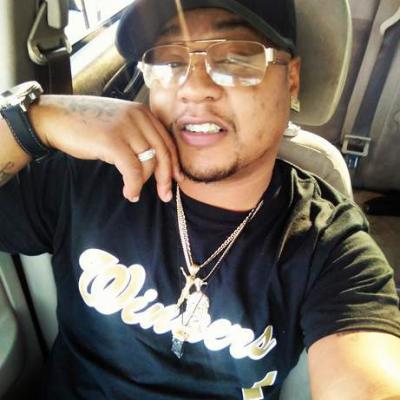 Musicians are some of the most insightful writers in the world, reaching great depths with their art. People might see a songwriter play the role of a philosopher, therapist, and/or social commentator within the span of single track. A lot can be said within a small space, and many musicians take pride in making those statements. What goes through an artist's mind when creating their personal favorites? Welcome to "Write Into It," where we take a closer look into our local musicians' favorite songs of their own creation.

"Stories Of My Dead Homies" Prod. by Agony Beats

Excerpt: "These questions in my heart that never got answered/ I'm speaking for the souls that never got the chance to/ Live before the reaper came 'n' blew they candle/ Sometimes reality too harsh to handle"

Charles Brown: Shok, this is a powerful song that reports what has happened in our city streets. Was it difficult to put this composition into words?

Shok: Yes, it was one of the hardest things I ever had to do [creatively]. I actually cried writing every word in this song.

CB: How was the recording process? Did you have any moments of weakness where you wanted to break down or just gather yourself? There's a lot of pain in this one. It's a heavy subject.

S: It's crazy because me and my cousin Nick Amidon got into a lil' argument before we recorded, but he had no clue I was about to do a song like this, so the argument was actually a blessing 'cuz when he pressed record, all those emotions manifested in the track which made it that much more powerful and heartfelt … when he heard the words, we made up instantly. [laughs] Shout out [to] Nick Amidon.

CB: The talented Agony Beats produced the track. Did you know what to talk about when first hearing the beat or did you have to sit with it?

S: This [is] even crazier. I had [written] "Dead Homies" to one of Agony's older beats that was in my computer, but I knew I couldn't use it 'cuz it wasn't mixed properly. But on the flip side, me and Agony [weren't] talking for about a month. Basically brothers having small [fallouts] over nothing, really, so I had hit him up saying how I [had] this song and needed a new beat for it. He sent that to me like he already knew what I needed. When I heard it, I instantly dropped tears, 'cuz he couldn't have sent a more perfect and harmonious beat to match my words. Me and Agony Beats are like yin and yang musically and brothers in real life. Greatest producer EVER!

CB: What goes through your mind when you go back and listen to "Stories Of My Dead Homies?"

S: Honestly, every time it's played, it's like the first time I heard it complete ... some days, I can listen like, "How did I come up with such a beautiful song worded so perfectly?" And then some days I can't listen without crying or thinking about all those I lost!

CB: If people could take anything away from your song, what would you want it to be?

S: Nobody walking earth can take anything away from that song, 'cuz it was sent from God for so many people. I just was the vessel he spoke it through.

Find "Stories Of My Dead Homies" at www.soundcloud.com/shok814