by Charles Brown
View ProfileFacebookTwitterInstagramRSS Feed
December 6, 2017 at 11:30 AM 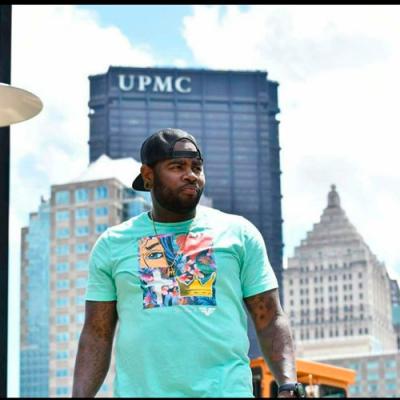 Charles Brown: What's going on Shai Boogie? I appreciate your pick: "So Far Gone!" The first verse paints a vivid picture of some of the past choices you made in order to survive. What made you want to be so honest with that part of your life? From the first bar, you didn't hesitate with opening up.

"I feel there are some people who only knew the old me, some who only know the new me and some who know both, so I feel it's extra important for me to be as transparent as possible. Because no matter when you knew me, I'm going to give you the opportunity to get to know all of me."

Shai Boogie: I feel [there are some] people who only knew the old me, [some] who only know the new me and [some] who know both, so I feel it's extra important for me to be as transparent as possible. Because no matter when you knew me, I'm going to give you the opportunity to get to know all of me. Past, present, and a lil' future.

CB: With transitioning from who you were then to who you are now, how difficult was it leaving your old ways behind?

SB: I don't view it as I left them behind, 'cause I'm haunted by them daily, but [the past has] helped mold the me I am today. I think I've always been the type of dude that really never cared what anyone thought of me, but my biggest issue in my transitioning was within myself. Basically, this faith walk ain't no cake walk. [laughs]

CB: Matty Malone's vocals are so passionate and convincing. On the third verse, he took the stand and provided his own testimony. How did that come about?

SB: Yeah man, that's a real good dude. I linked with him right when I got back in town at the church I was attending at that time, and I seen him singing at church and my bro Min Cams was like "you two need to link," so we did. I called him in twice on this soon to be released D.O.R. Project. We work [well] together.

CB: If the former you heard this song, what do you think he would say? What would he think?

CB: Any words to the people that may not be so appreciative of your transformation?

SB: When I was growing up, "being real" — or should I say "keeping it 100" — is what was expected of us. If you got caught up, your peers would pull your card, a.k.a. "G check." [laughs] It was an element that was instilled in us as lil' ones, you know? We were raised to be leaders and not followers. We were instructed not to "follow the crowd." The younger generations lost individual identity, so I mean it's simple. I allowed and committed to this transformation for me; not for others. I mean, don't get me wrong. This lifestyle can be contagious if you let it. [laughs]

Listen to "So Far Gone" featuring Matty Malone on Soundcloud.