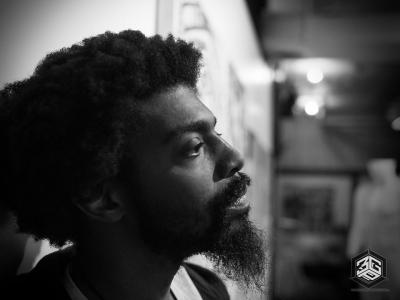 Puts an End To Greed/

What's the need to kill the place in which

We need to eat and breathe?

Charles Brown: It is a distinct pleasure to have one of the most influential hip-hop connoisseurs in the city this time around, Doc' Proto. I hope all is well, my friend. Let's get into your controversial track "Folgers." This musical perspective portrays a gallery of what's going on in our world today as well as some underlying possibilities. Tell me, why did you personally feel a need to touch on such matters?

Doc' Proto: Google "John Podesta Feb 13, 2015"...I really just want to leave it at that [laughs]. But really there is a shift with awareness across the board, and in the midst of things, there are happenings occurring that could either be good or bad for our future. I just hope folks catch the message in the song.

CB: We're definitely in an era where people are starting to become more aware and are digging further into what the truth may or may not be. Musically, will you continue to try and awaken people or was this just a moment for you to speak your mind?

DP: I try spread awareness through my art if that's what I feel compelled to do — like the drum or melody speaks to me or words or topics come to mind and form, you know? It's hard to explain exactly. I just create, honestly.

CB: Jonah Kue is no stranger to the local scene and E'Kuhn is flourishing right now. Was this collaboration premeditated or just an opportunity to bring acts together to create?

DP: Well with Jonah and E'Kuhn for this particular song I knew our voices could add the dynamic to the beat that I heard in my head. That is actually all three of us on the hook [laughs]. I really loved the vibe the night I created that song.

CB: It's apparent that "Folgers" is an eye-opener for the masses. Were you critical or apprehensive upon releasing it? Some people stray from this kind of content.

DP: I knew it was weird from the jump [laughs]. I think hip-hop lost that element — ya know, pullin' from the abstract. I was kinda nervous at first for even wanting more than a few folks to hear it, but then I was like, "You know what? Folks need to hear this." I was just going to have it as one of those "hidden gems" on the album [laughs].

CB: If you could travel back in time, who would you want to hear your song?

DP: If I could travel back in time, I think I would have to say Erykah Badu. I met her once and all I was able to tell her at the time was "I am going to make a beat for you one day." So yeah, if I could go back in time with this song, she would've got a copy [laughs]. She would understand too.

"Folgers" feat Jonah Kue and E'Kuhn can be found on soundcloud.com/docproto

Charles Brown can be contacted at charlesbrowncj@gmail.com