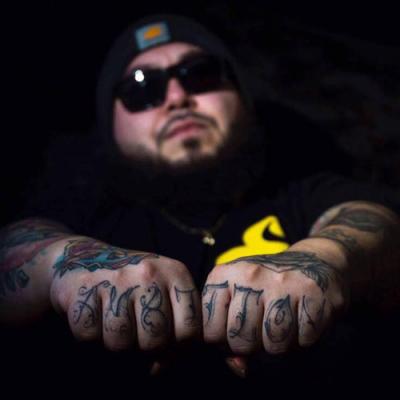 We sippin' under porch lights, no sleep but it's medicated dreams, double cups means lean, and I hold it by the seams of my jeans and my teams all Kareems, and we living by the C.R.E.A.M. ("Cash rules everything around me")

Charles Brown: K-Sanz, it's a pleasure to have you on board with this interview. Let's talk about your personal favorite, "Windows Down" featuring Jonah Kue. This song definitely has a cool summer vibe. What made you want to create this piece?

K-Sanz: Thank you! Honestly this song came about during one of the lowest moments in my adult life. I was stressed and in a situation that I couldn't figure out. So I laid back in bed, played some smooth beats on my laptop, then spent the few hours daydreaming about some of my favorite moments in life. Long summer days, cruising with a dope chick in my custom built cars, windows down music blasting, drinks and "stuff" with the homies on the porch, the fun of the "chase" with a gorgeous girl … even if it was just to hang out. I basically wrote that song for myself to escape my current reality.

CB: Chicago's Jonah Kue blessed the hook. I don't think anyone can go wrong with him. What made you think of him for the chorus?

KS: Actually Jonah Kue approached me for the hook. We had worked together before on other songs. When I posted the song, Kue messaged me about a day later I think and asked if he could try something on it. I obviously said yes and the rest is history!

CB: Do you feel that this song is the best representation of who you are as an artist?

KS: Yeah, I have a diverse catalog but my signature sound has always been a cool, laid-back feel. The song and video match perfectly. Anyone [who] knows me knows that I'm a good-time guy. This song is so laid-back and relaxing that you can't help but feel good. On the lyrical side I feel properly represented. Flow shows off a lot of multis, punches, alliteration, wordplay, tongue flips. I feel if you showed it to a hip-hop head they would love it and so would casual listeners.

CB: Though "Windows Down" is a laid-back jam, you still decided to use various flows to highlight your skills. Was that intentional?

KS: The variations of flow honestly [weren't] intentional at all. A lot of times when I write, I kind of just go with it. I guess it just kind of went with the rhythm and feel of the song and it caught me just right.

CB: When is the perfect time to throw this song on in your opinion?

KS: The most perfect, best time to listen to this song is on a chill summer day. Right as you crank the car on, roll the windows down, pick up your favorite chick, blast the stereo and cruise! It just washes the stress of the day away. Almost like a time machine slowing everything down. Well, that's when I would play it. I guess it's a perfect "unwind" song.

Watch the video for "Windows Down" feat. Jonah Kue on YouTube and find it on all streaming services. Charles Brown can be contacted at charlesbrowncj@gmail.com