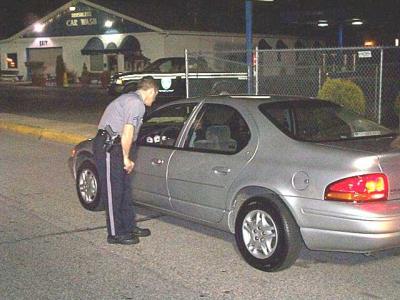 I knew Alabama's anti-immigration law was pretty strict. I had heard it was so strict, it's actively hurting the state's economy, and Alabama produce this fall lay rotting in the fields.

But I didn't know it was this bad:

Yada was stopped in Leeds, Alabama, at a checkpoint set up by police to catch unlicenced drivers. He was ticketed on the spot, despite the fact that he showed an international driver's licence, a valid passport and a US work permit.

Key parts of the new immigration law, HB56, came into effect in late September, including the driving provisions. Under them, the police are required to check up on the immigration status of anyone they stop who they suspect of being in the country illegally....

Yada is the second foreign car executive to fall foul of the new law. Last month police officers arrested a German director of Mercedes-Benz for failing to carry a valid driver's licence. The move exposed Alabama to widespread criticism and ridicule.

Checkpoints?!? Are you kidding me?