The London trio have made a ground-shattering debut album in Alas Salvation. 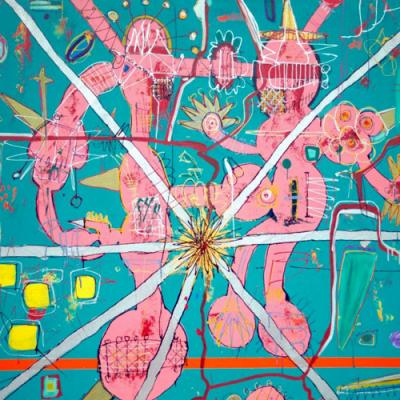 Yak's debut hits hard and fast. Rumbling rock riffs kick in with the vitality and honesty that's too often missing from music this energetic. Comparisons are commonly made to early era Stooges, and it's clear to see why. Tracks like "Use Somebody" could almost pass for Funhouse b-sides. That's not all the album is, however. The angular, mechanical bass intro of "Hungry Heart" overpowers the listener, transitioning into a post-punk masterpiece. "Harbour the Feeling" gets fuzzier, and reminds you why their introductory EP debuted on Third Man Records. By "Roll Another," the band finds themselves in a Titus Andronicus-esque narrative. All of the best elements of rock and roll exist not as affectations, but as an articulated band statement. Garage rock, stoner rock, and art rock are each mined here. The London trio have made a ground-shattering debut album in Alas Salvation. Frontman Oliver Burslem proves himself as a formidable force behind a dynamic new group. The album concludes with the eight-minute "Please Don't Wait For Me." Comprised of three distinct sections, the song builds an arc, providing a finale to an expertly crafted album. – Nick Warren