You Can't Go Home Again: Judy has a Great Central Performance, but Not Much Else

The iconic and tragic life of Judy Garland 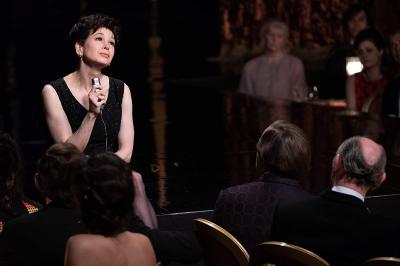 The life of Judy Garland is such an iconic and tragic one that telling the whole story would require several movies. It was wise of director Rupert Goold to set the story of his film Judy within the space of only a few months. That was the only wise decision he made, as the film itself looks and plays like a TV movie-of-the-week. To take such a vibrant and interesting life and turn it into something so utterly dull is an achievement unto itself, I guess.

Set in late 1968, Judy Garland (Renee Zellweger) has fallen onto hard times, struggling to find work, buried in debt, and engaged in a bitter custody battle with her ex-husband. She agrees to perform a series of concerts in London merely as a way to earn a living. Once she arrives, however, the demons of her past, as well as her problems with alcohol, begin to emerge.

The film presents us with everything we already know about Garland's life (yes, she was pushed into super-stardom at a very young age. Yes, this led to substance abuse problems. Yes, the last years of her life were bitter and full of resentment), but it never tries to examine Garland as a person and instead maintains a frustratingly detached approach. Fortunately, Zellweger is as good as advertised and she imbues the scenes where Judy is performing on stage with an energy and life that becomes noticeably absent for the rest of the film. It's a great performance, to be sure, but one great performance does not a great movie make. — Forest Taylor