Your Kindle Will Not Bring Down a Plane

It turns out the prohibition on electronic devices on planes is neither needed or useful. Go figure. 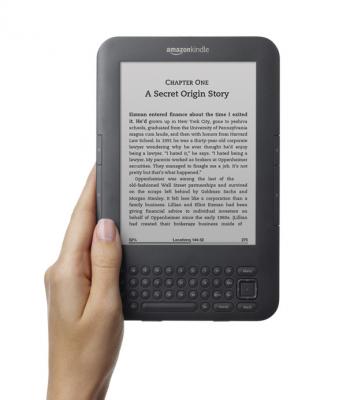 Hey! Merry Christmas! Happy Hanukkah, and all that!

For those of you travelling this holiday season, check out the NY Times' Nick Bilton's post on Kindles and airplanes. Basically Bitlon wanted to find out exactly why we're not allowed to turn on our electrical devices on liftoff and landing.

Bilton found that the airlines gave contradictory reasons for not letting passengers use electronic devices, and the FAA admitted "its reasons have nothing to do with the undivided attention of passengers or the fear of Kindles flying out of passengers' hands...That leaves us with the danger of electrical emissions":

Gadgets are tested by monitoring the number of volts per meter coming off a device. The F.A.A. requires that before a plane can be approved as safe, it must be able to withstand up to 100 volts per meter of electrical interference.

When EMT Labs put an Amazon Kindle through a number of tests, the company consistently found that this e-reader emitted less than 30 microvolts per meter when in use. That's only 0.00003 of a volt.

"The power coming off a Kindle is completely minuscule and can't do anything to interfere with a plane," said Jay Gandhi, chief executive of EMT Labs, after going over the results of the test. "It's so low that it just isn't sending out any real interference."

Bilton also notes that the effect of electronic devices is not cumulative. So a dozen Kindles operating at the same time wouldn't increase the emissions 12 times.

So...why the regulation? Bilton quotes a Boeing engineer who co-authored a report on electrical emissions on planes, who attributed the rule to "agency inertia and paranoia." BoingBoing's Rob Beschizza suspects the rules "are a vestigal tail of policies contrived to protect the old racket of in-air phone calls and paid in-flight entertainment."

But perhaps the rule remains in place because it gives the passengers the illusion of safety. Which, after all, seems to be the primary purpose of most airport security measures, which are wildly ineffective at finding things that are actually dangerous, but really efficient at intruding into passenger privacy with flashy, multi-million dollar equipment and showy security presence. In short, airport security makes you feel safe because it makes you feel vulnerable and scrutinized.

So don't expect the FAA to go lifting its ban on electronic devices during liftoff and landing. To do so would be admitting that it's not an effective or useful rule. And admitting that means that passengers might question TSA's authority or effectiveness. Which would shatter the illusion of security it tries so hard to provide.

If that happens, then TSA itself would come into question. And we all know the prime directive for any organization -- whether private or public -- is to exist.