A surplus of outdoor shows in Erie's future 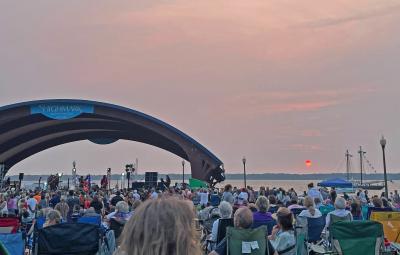 Do you want to see some live music every day of the week? How about for two or three months? Now, what if I told you that it's free, too?

Ahh, summer can be pretty darn nice around Erie. And though I sincerely doubt that anyone will realistically have the gumption, social battery, or wherewithal to catch one of these shows every day, maybe you can carve out some time to go to a couple of them? It's fun and it's literally in the sun. Let's hold on to our summer months for dear life and cherish them while we can before they slip right through our fingers.

Here are but a few of the places you can catch local and regional acts around town. We hope to see you there. Bring your chair along if you like or your dancing shoes (why not both?), and enjoy.

All scheduled events are subject to change.

Aug. 2 - The Town Pants with The Probables

Aug. 23 - Bruce In the USA with Jack Stevenson & the Buried Treasure Band

Music in the Park

Thursday in the Park

Concerts at the Gazebo

Aug. 28 - Tyler Smilo and Dom DeCecco of Smilo & the Ghost