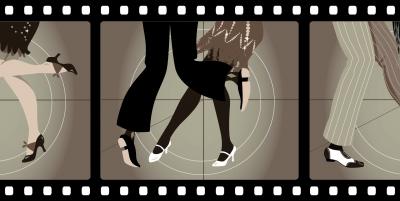 On this week 102 years ago, the 18th Amendment of the U.S. Constitution officially went into effect, declaring the "manufacture, sale, or transportation of intoxicating liquors within, the importation thereof, or the exportation thereof from the United States and all territory subject to the jurisdiction thereof for beverage purposes is hereby prohibited."

Prohibition (1920-1933) ultimately ended up creating more problems than it solved, as an illicit underworld revolving around alcohol rapidly evolved. Moonshiners illegally produced the booze, bootleggers transported it, and speakeasies sold it — often in the form of cocktails to mask the unpleasant taste of the moonshiners' DIY distillates. And so came along the 21st Amendment, the temperance movement's white flag of surrender, and Congress saying, "Next round's on U.S."

But weren't things so much more fun when they were taboo? Altered State Distillery is standing behind that sentiment 200 proof (that's 100% in case you were curious) with its Bootlegger's Ball. Guys and dolls are encouraged to come dressed to impress in all their Prohibition-era finery (e.g., flapper dresses, pinstripe suits), with a bottle of hooch (i.e. an Altered State distilled spirit) awarded to the best. Meanwhile, the Broke Boland Trio will get the party rolling with a raucous slate of rockabilly tunes, in early observance of bandleader Matt Boland's 36th birthday.

Can an event be both the bee's knees and the cat's meow? There's only one way to find out — just don't tell Eliot Ness.