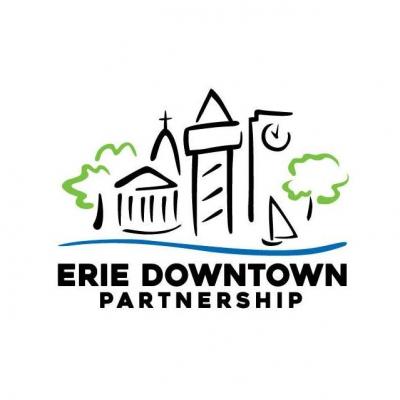 The Erie Downtown Partnership will be hosting the second in their Listen to Your Neighbors lecture series with Opened Eyes, LLC in Perry Square on Thursday, July 15th, starting at 7:00 PM. The Listen to Your Neighbors Lecture Series will feature talks from two local leaders of color each month discussing their personal experiences with racism and how systemic racism is affecting the Erie region. An interactive dialogue will follow each speaker in which participants can ask questions and share their own experiences as well. The event is free to attend in Perry Square and will also be live streamed to the Erie Downtown Partnership's Facebook and YouTube pages. The speakers featured at June's event will be Abdullah Washington and Hayes Moses.

Abdullah Washington is the poet Bigg Wash. One of the 12 TedX Erie speakers for the inaugural 2015 event, Abdullah has opened for the legendary rapper KRS-One and the poets Amiri Baraka and Sonya Sanchez. His spoken word album "Infinity Gems", released in 2016 as part of the Erie County Poet Laureate Initiative, was declared one of the top three full length albums produced in Erie County that year. In 2017, his short film "1000: A Film about Erie" was broadcast on WQLN documenting powerful local artists, athletes, personalities, and entrepreneurs from across the broad spectrum of our community. From 2018 to 2020, Abdullah served on the advisory board of the Heinz Endowment's Just Arts program which supports Allegheny County artists producing socially constructive narratives. Abdullah performed the lead role of "Ben" in the Performing Artists Collective Alliance's stage production of the 1968 film "Night of the Living Dead" in 2019. That same year, Abdullah began his current role as Master of Ceremonies for the Erie Blues and Jazz Festival. Most recently producing a successful local 2020 get out the vote initiative "Be the Voice of Change", Abdullah employed various media to help mobilize Erieites and is currently partnered with The Script Project to help empower marginalized communities in Erie County.

Hayes Moses is a native of Erie, Pennsylvania. A graduate of Mercyhurst Preparatory High School, Hayes earned his bachelor's degree from Edinboro University with a concentration in sociology and Africana studies. Much of his career time has been divided between his work with children in education (Erie Rise Leadership Academy) and ministry (Greater Bethlehem Temple). Hayes has been an active member of the Erie Playhouse for 32 years having performed in such productions as 'Ragtime,' 'The Color Purple' and 'The Mountaintop' amongst many others. In 2004 Hayes participated and advanced to Hollywood on the popular television series 'American Idol.' Locally he has performed at events such as Celebrate Erie and 8 Great Tuesdays with the Erie All Stars. Hayes is the proud father of two daughters, Maya, and Iman.

OpenedEyes is a 501(c)(3) organization designed to help others create a positive identity founded on holistic diversity principles. Our program and curriculum emphasize an educational model — designed for children, adolescents, and adults — encompassing a multiracial/multicultural phenomenon by being asked the question, "What are you?" OpenedEyes conducts trainings, workshops and day retreats for schools, universities, and businesses.